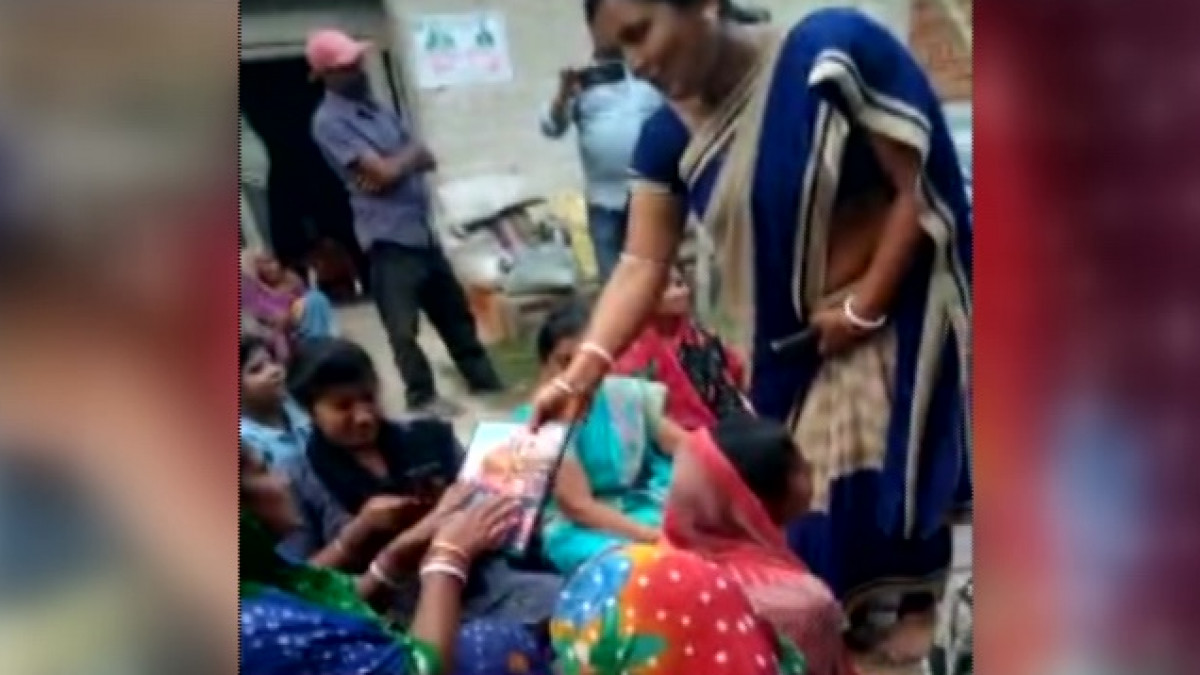 A few days after Mahesh Baka, son of Chitrakonda BJD MLA Purnachandra Baka, was seen in a viral video clip making voters in Badadural Panchayat in Malkangiri district swear by God to vote for a particular candidate, a similar incident surfaced. from Nalgunda Gram Panchayat under Chandbali block of Bhadrak district on Monday.

In the latest video clip making the rounds on social media platforms, BJD aspirant Sarpancha Pratibha Biswal and Manasi Padhi, the chairwoman of the women’s wing of Chandali Block’s party, were seen making voters of district number 12 of the village of Itua of the Gram Panchayat. engage in the photograph of Lord Jagannath.

BJD leaders could be seen asking female voters to swear by the photograph of the Lord, telling them that they would vote for Zilla Parishad, Sarpanch, Member Samiti and Member Ward candidates belonging to the ruling party.

It is worth mentioning here that following the allegations of booth rigging in Ward Number 12 of Itua Village under Nalgunda Panchayat, a new poll will be held in the Ward on February 23rd.

Meanwhile, Sarpanch candidate Biswal admitted she was present while BJD leader Padhi refuted allegations that she had made villagers pledge to vote for the party candidates.

“I was there on the spot. Members of the Shakti Mission had come to the village and were explaining to the villagers the government welfare programs. They told them to join me as I am the Sarpanch candidate,” Biswal said.

“Nothing like that happened. Someone is spreading bad information,” Padhi said, dismissing the charges against her.

Another Sarpanch candidate from the region, Bharati Biswal, alleged that although people are pressured to vote for a particular party, they will vote for the right candidate.

“They are using the name of our presiding deity, Lord Jagannath, to win elections. I don’t understand what kind of democracy this is. The leaders of the ruling party swear by the Lord to vote for them. They also use muscle strength to win votes. But people know what is best for them,” Biswal said.