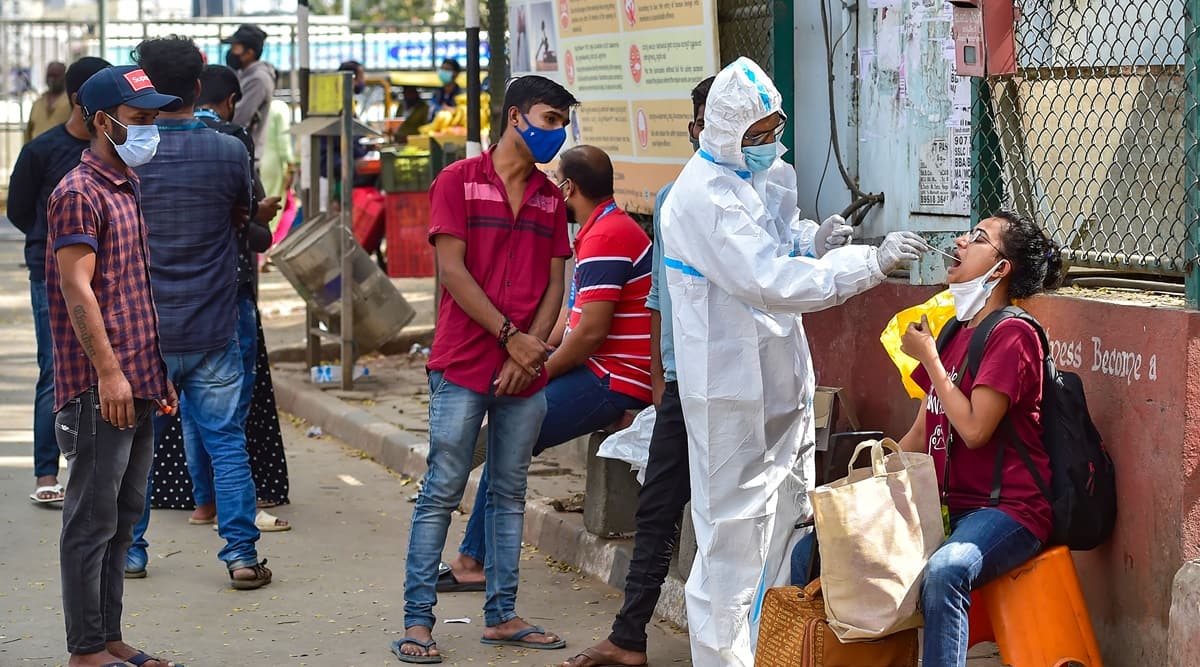 News live from Bangalore: Karnataka on Tuesday reported 41,400 new Covid-19 cases and 52 deaths. The state also recorded 53,093 recoveries in the past 24 hours. State Health Minister K Sudhakar said it was the first time since the start of the third wave that recoveries exceeded new infections. The test positivity rate fell to 26.70% from 32.95% on Monday. Of the new cases, 19,105 were reported in Bengaluru.

Karnataka Chief Minister Basavaraj Bommai said on Tuesday that there was no dissatisfaction among his cabinet colleagues over the appointment of ministers responsible for the district, and that he had spoken to all of them before and after. performing the exercise. The chief minister’s statement came even as few ministers refrained from openly expressing their displeasure at not being assigned their home district. According to a PTI report, Bommai said the appointments were made after detailed discussions with everyone.

However, daily hospitalizations in Karnataka remained low throughout the third wave. Experts say hospitalization is low due to high vaccination statistics. Meanwhile, there are 233 containment areas within the company boundaries of Bengaluru, 57 of them in Mahadevapura area, 53 in Yelahanka, 48 in East, 39 in Bommanahalli, 20 in West , 10 in the South, four in RR Nagar and two in Dasarahalli.