Beyond Wonderland SoCal 2022 offered a world of magic and music 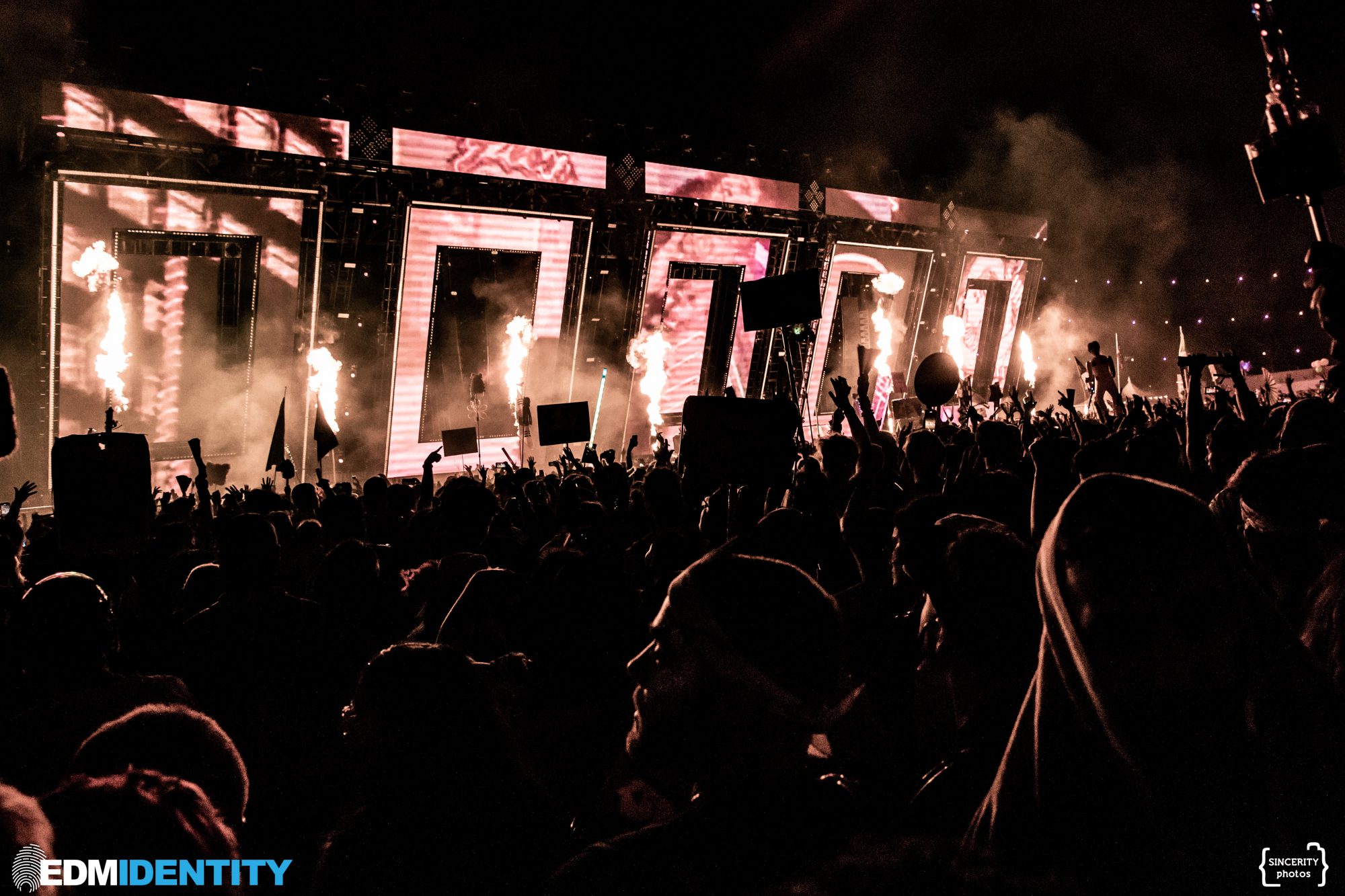 This year’s edition of Beyond Wonderland SoCal was packed with unique and energetic sets, incredible art and production, and so much more.

Beyond Wonderland SoCal returned to the NOS Events Center less than a year after the 2021 edition and was one of the best to take place so far. With less than a year left for production and planning, there were some concerns about how Insomniac would make this year’s edition special and different from the previous one – but rest assured knowing that they took full account of that. Beyond Wonderland SoCal boasted of its newly expanded footprint, with some of the scene’s top performers taking the stage and many more for attendees to explore.

We arrived at the festival shortly after the doors opened on day one, eager to enter the festival grounds to catch a few sets. The process at the gate was smoother than ever as we were through security within minutes of crossing the line. We saw the carnival ride swing and The caterpillar garden right in front of us when we entered. We immediately ventured to the nearest water station and set out to catch the end of Sippy and a bit of juelz to Mad Hatter’s Castle.

Related: Be sure to check out our full Beyond Wonderland SoCal 2022 photo gallery on Facebook!

Located in the newly expanded area, the Mad Hatter’s Castle was one of the best places to be in Beyond SoCal. The stage is wide allowing people to spread out to dance, and the production setup is versatile and accommodates lasers or pyrotechnics. More importantly, the stadium seats in the back provided a higher view for those who needed a break from standing.

After the last minutes of 4Bwe headed towards The mirror to witness some of the Anjunadeep action happening that night. Inside the warehouse, there was minimal lighting and all the Factory 93 vibes you could want, including their signature black diamond hanging above the stage. There were also speakers placed outside the stage itself, which allowed those who got too hot, like us, to dance outside and still hear the set. It was a nice welcome surprise.

Shortly after, it was time to head to The Caterpillar’s Garden to watch ALPHA 9.

As I walked around the lake heading towards ALPHA 9, a pyro show began to explode from the pond. It was surreal as I passed headliners swaying on LED light clouds as fire spurted behind them. The entire waterline of the pond was full of people eating, talking and resting, making it a perfect meeting place. ALPHA 9’s set was fluid and beautifully uplifting as the crowd danced to its originals and remixes, but before I knew it, it was time to head back to the Mad Hatter’s Castle to catch Nitti Gritti.

Nitti Gritti was bursting with energy and the crowd came out dancing.

At Nitti Gritti the set was dynamic, with nearly every genre represented throughout the journey it took us on. There was also a moving tribute to his longtime friend and manager Jacob Mandell during his set, which brought everyone to tears. Jacob had just passed away that day, and Nitti Gritti released hardstyle that Jacob would have loved. It was bittersweet, but looking around at all these people dancing and thriving was just what I needed.

Tinlicker took the stage nearby to close out Beyond SoCal’s first night.

There was no better way to greet the first night than grooving at Looking Glass to a set of Tinlicker. Anjuna’s presence was visible as totems and shirts seemed to be everywhere – it was amazing to see. After a long day of dancing, however, it was time to leave, so we started our way back to our car with the psytrance beats of Blastoyzfence at Caterpillar’s Garden, keeping our energy just outside the gates.

Blossom kicked off day two for us at Domaine de la Reine and brought a fiery set.

The sun was setting and To bloom churned out bass house tunes as the queen supervised the set from above. Don’t sleep on her sets in the future if you’re looking to have a good time – I can’t recommend her enough. sinking took the stage after her and destroyed the house during their performance. This dynamic duo’s mix of house bangers and groovy melodies got the crowd moving in waves. Their whole set was a party, and I was living for it.

Then it was time to eat and some more house music from Cookies, so we headed over to where he was supposed to play. Food vendor offerings included chicken tenders, rice bowls, burritos, tacos, burgers, and more, which is a solid change of pace from other non-Insomniac festivals. Eating funnel cake by the water while pyro exploded from the lilies was the ultimate vibe. As I danced to the Biscits set, I sipped a watermelon agua fresca; there’s no better way to cool off after a hot day than this.

Craving some techno tunes, I headed back to The Looking Glass to catch artists like Layton Giordani and Patrick Topping.

Layton Giordani and Patrick Topping killed their sets at The Looking Glass, but the persistent fan-clapping from attendees had become too annoying. It was something that plagued other stages at the festival, but it was frustrating inside this warm warehouse and it made the mood tougher. Few things will get you out of a groove like a fan slamming out of time with the track – I can’t urge people enough to stop doing that during gigs.

Looking to escape the fan clacker madness, we headed to the Insomniac Passport Lounge for a break.

A friend of mine was scheduled to play in this exclusive area of ​​the festival so it was a treat to see him there with such an intimate crowd. As he finished his set, we all headed to J Worra to Caterpillar’s Garden for another dose of house music. I hadn’t seen her perform in a while, so it was energizing to hear her heavy basslines once again permeate the speakers – she only proved that she was one to watch in the scene with his set.

Seven Lions and Zeds Dead were on our bucket list to catch for the last two sets of the night.

Seven Lions was about to take the stage at the Queen’s Domain, and the crowd was already full. It was apparently impossible to find a place that wasn’t crowded, even at the very back of the crowd. Once we finally settled down somewhere with good company around us, it was time to let loose. True to form, Seven Lions’ set was a mix of melodic dubstep with a touch of trance and a healthy dose of uplifting elements for good measure.

Once the set was done, we felt like getting down and dirty on some heavy bass – and that’s what Zed is dead would give us. Their set was packed with some of the biggest hits and new tunes, and the crowd swelled to its biggest ever throughout the weekend. Although it was packed, everyone I met was very friendly and we all sang along to their tunes while putting on our best bass faces. There was no better way to close Beyond SoCal.

This year’s edition of Beyond Wonderland SoCal was something I didn’t know I needed to revitalize my soul.

The magic of sharing musical experiences, random events and new friendships was a refreshing reminder of what keeps me coming back to this festival. I hope the expanded footprint and new layout are permanent now that we’ve seen two edits because they’ve improved the space and made it feel like the wonderland that Insomniac has come to. is proposed to create – but I want these fan-clackers to stay at home. See you all there next year!