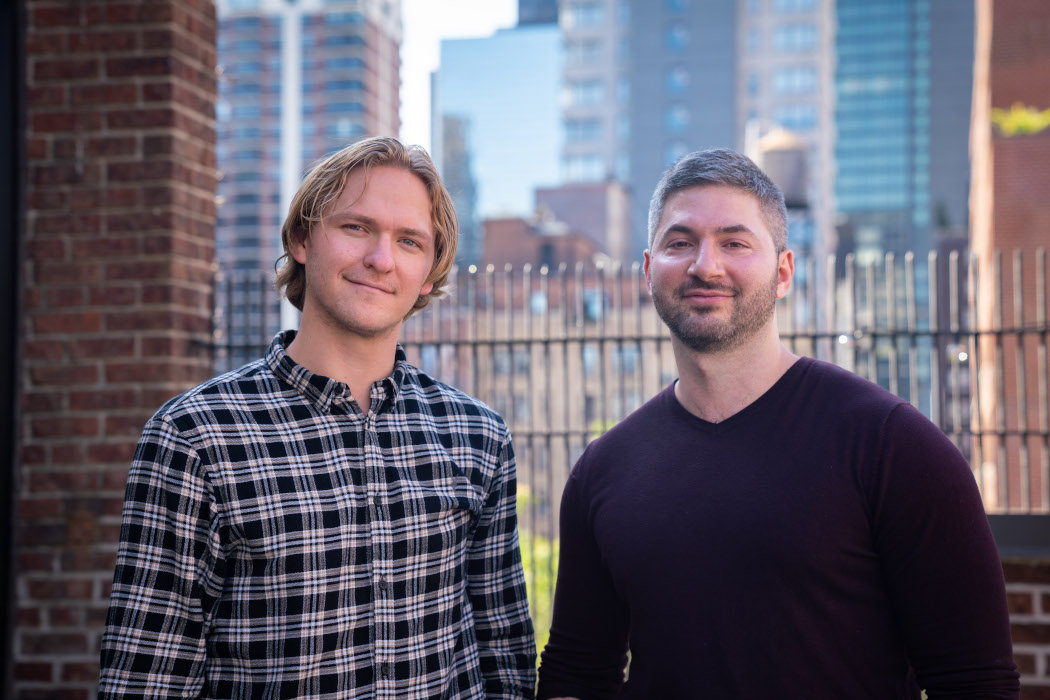 Bloom’s overall vision is to combine his algorithm with generative AI.

Bloom, based in New York and Montreal, has raised C$1.4 million (US$1.1 million) in seed funding to fuel the launch of its artificial intelligence (AI)-powered platform that measures the performance of product imagery for e-commerce brands.

Bloom’s original goal was to help e-commerce brands create photorealistic fashion models using generative AI. But after talking to a ton of e-commerce merchants, Bloom co-founders Aarlo Stone Fish (CEO) and Sam Dundas (COO) realized that none of the retailers they consulted knew which product photos were converting into sales, so the pair decided to fix that.

“When you combine this optimized imagery engine with a system that can imagine new product photos, we see that as a really cool intersection.”
-Sam Dundas, co-founder and COO of Bloom

Now, backed by Montreal’s Inovia and San Francisco’s AIX Ventures, Bloom has officially rolled out a platform designed to solve this problem. But the startup has a bigger vision that goes beyond just measuring product photo conversion: Bloom’s overall goal is to use this engine and generative AI to help create product images.

“A big reason for the increase was [that] we thought there was nothing cooler than combining this performance engine with generative AI,” Dundas told BetaKit in an interview. “The biggest metric for us was like, can we get to our vision faster, and obviously having the capital and the right people on board helps.”

Bloom’s software platform optimizes product photography for e-commerce brands to drive conversion and sales. The company’s software connects to Shopify, and measures and shows customers photos of products that are most likely to entice them to purchase a particular offer. Bloom aims to give brands a better idea of ​​which product photos customers quickly skip over and zoom in on, and how certain images impact conversion with certain users.

Stone Fish is a Yale computer science graduate and a software engineer with prior experience in ad tech and artificial intelligence, while Dundas is the former chief procurement officer and senior director of partnerships at Montreal-based business planning startup Planned events. The pair linked up in early 2021 after meeting through AngelList.

“We spoke to over 200 e-commerce brands over the course of eight months and simply asked them if they had metrics on photos on their websites, and the resounding answer was no,” Dundas said.

According to Dundas, while there are plenty of enterprise-level website optimization tools on the market, many use A/B testing, which requires “a lot of onboarding” from marketers to implement. square.

“While Bloom, it’s just automatic,” Dundas said. “It works well with any other optimization app that [merchants are] use because everything [Bloom] changes around who sees what image.

In the e-commerce optimization space, Dundas said other tools available measure conversion based on price, layout and other areas of branded websites. “We haven’t seen anything specifically focusing on product photos,” he said.

Bloom considers Shopify to be “a really good” go-to-market avenue and plans to focus its efforts on serving Shopify merchants over the next 18 months. Longer term, the startup wants to expand beyond Shopify to brands using other platforms like Wix and WooCommerce.

For now, Bloom is targeting brands with more than $1 million in sales per year. As its algorithm gets stronger, Dundas said it will also be able to help smaller volume merchants.

Stone Fish and Dundas are currently Bloom’s only full-time employees. To date, their efforts have focused on the launch of Bloom. But now that the startup’s platform is live, they’re looking to add AI talent to help develop its algorithm and recruit sales support staff.

“We loved the team’s technical expertise and the hustle and bustle to bring their initial product to market,” said Inovia Associate Alysaa Co, who added that Inovia sees Bloom as “an excellent fit” in their thesis. broader on the future of retail.

“There’s this new kind of AI called generative AI,” Stone Fish said. “What that means is an AI that has imagination, so instead of just predicting something or making a recommendation about what kind of song you like…it would actually write the song.”

Companies like Google and OpenAI are using and researching generative AI for a variety of purposes, while, according to Stone Fish, British pop-rock band Everything Everything even used this type of AI to help write their latest album.

“The fact that the AI ​​has an imagination is really just remarkable,” Dundas said. “But what we like to say is that imagination lacks meaning.”

According to Dundas, “what is missing is a coach to tell him what to really generate”.

“We see this coach as our algorithm, [which] determines which photos convert best,” Dundas said. “When you combine this optimized imagery engine with a system that can imagine new product photos, we see that as a really cool intersection.”