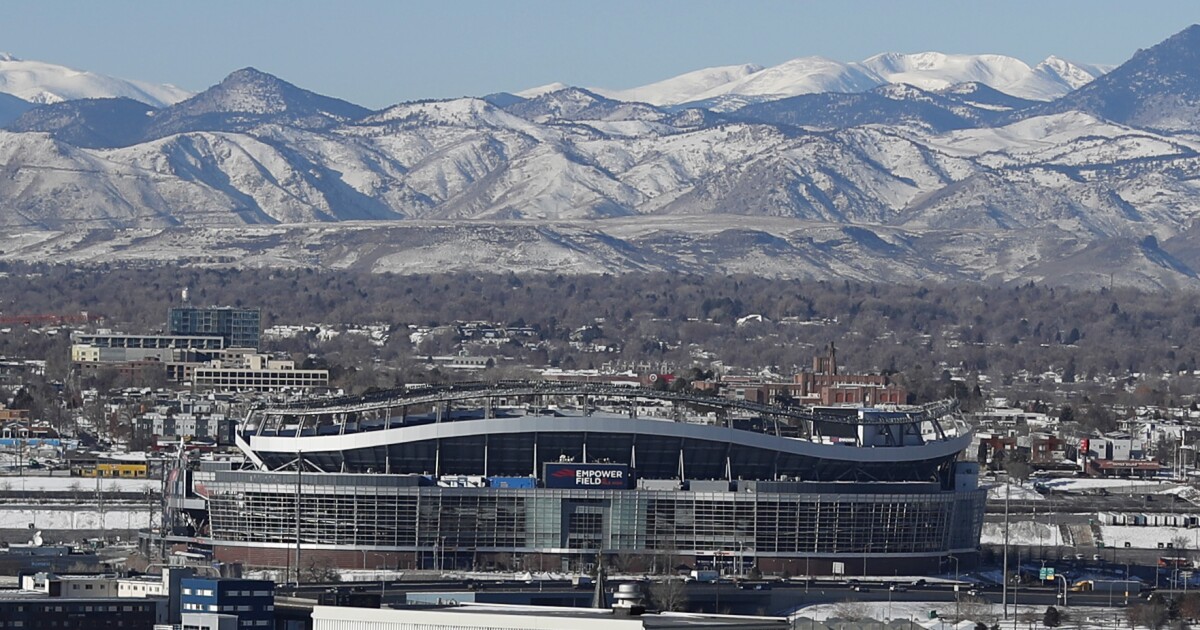 With the Broncos changing hands for the first time in decades, it begs the question: is it time for a new stadium?

“That will be the No. 1 decision the new owner will have to make,” Broncos president Joe Ellis said. “How are we going to proceed in the long term with regard to the stadium? There are all sorts of things that go into evaluating a new stadium. From a global point of view, it will be number 1.”

“If one is built it must be a retractable roof,” one fan commented on Twitter.

Either way, it begs the question: with the Broncos selling off and some incredible off-season acquisitions, is a new stadium part of the deal?

Bye said a new stadium has many benefits, including the possibility of a retractable roof and Denver hosting its first-ever Super Bowl.

“I think it’s incredibly reasonable to believe that if new Broncos ownership wants to build a new stadium, soon after it’s built, the Broncos would have a Super Bowl,” Bye said.

“Of course you get a Super Bowl every time you build a new stadium,” said Darrin Duber-Smith, an economics and marketing expert at Metropolitan State University in Denver. “The league rewards you with a Super Bowl – that’s part of the deal.”

Duber-Smith said building a new stadium could come with a huge price tag.

“It’s estimated at $2 billion and the estimates never come in,” he said. “And you have all these environmental inputs with inflation and supply chain issues, raw materials. So this thing is going to cost a little over $2 billion.

Many think a remodel is definitely in order at Empower Field, but a new stadium is not.

“It’s just not necessary and it’s not necessary for a team like the Denver Broncos who are already a very valuable team,” Duber-Smith said. “You have a facility that probably needs to be renovated, but certainly doesn’t need to be demolished.”

“I’m looking at it right now – it’s a beautiful structure. It’s a beautiful place,” said a Broncos fan named Lucia as she stood outside the current stadium. it’s the owner’s money, they can do what they want, can’t they? I can’t tell them what to do or what not to do. But if it’s got to come from the taxpayers, it’s a whole other conversation we need to have, because where is that money coming from?”

“The current stadium is not that old and I would doubt the need for a new stadium,” said Andrew Goetz, planning expert and professor at the University of Denver.

Goetz works on planning issues and said that from a ratepayer’s perspective, there are far more important priorities.

But others argue that a new stadium could also generate new revenue.

“I would love to see it,” said Daniela Robles, manager of Cilantro Denver, located at 17th and Federal, directly across from Empower Field.

Cilantro opened three years ago, survived the pandemic and would likely expand if a new stadium was built.

“It would be like a dream for us as a company,” Robles said. “I think it would be great for the neighborhood. I can see quite a big impact for our business here at Cilantro. We even thought about expanding our business and making a rooftop.

A new stadium could also spur condo, retail and restaurant development around the stadium — something the city talked about years ago but never materialized.

“You see some of these other teams, and it’s almost like villages built around these stadiums,” Bye said. “It’s a sprawling development. Not just for watching football and standing in a parking lot and tailgate. It’s just more than that in 2022.”

“New changes, new looks, everything is modern,” Leyva said. “I still like that.”

There is certainly a risk in some markets of not financing new stadium projects, at least partially, with taxpayers’ money.

“The threat in the market is that if your facility goes down, you run the risk of losing your team by moving to another city that might want to build a facility,” Duber-Smith said. “Buffalo is a good example. They would be the first Canadian team in the NFL. It’s not a high-income market, they don’t get the big sponsors, they don’t get the big TV audience.

The Bills had threatened to move to Toronto.

“I think if you don’t build a facility in a place like Buffalo, you’re going to lose your team,” Duber-Smith said.

Denver, of course, is a different city from these more economically challenged examples.

“I don’t think Denver is that place,” Duber-Smith said. “Denver is an economically vibrant place. We’ve added a million new people in the last 10 or 15 years.

“Existing facilities, especially if they’re very well located, have a lot of value to them,” Goetz said.

“Could the new owner stomp his feet and say, ‘Oh, really, I’m going to take the team somewhere else,'” Bye said. “You think that could never happen, especially in a place like Denver, where the Broncos were such a mainstay, or ‘blue blood’ organization that won the Super Bowl and had real success. You’d think there’s no way the team could ever leave Denver, and while I agree it’s very, very unlikely, to think it’s impossible is probably a little naive because it there were other markets that thought, ‘There’s no way the league would ever let that happen,’ and then it happens. And then you are without a team.

And finally, there is a chance that a new stadium will be built somewhere other than downtown – say DIA for example – but most experts agree that is a long way off.

“I think it would be easier to build a stadium in the parking lot, which has happened dozens of times across the country,” Duber-Smith said.

“If they build it in the parking lot, we’d be so excited,” Robles said.

Interested in being featured on thedenverchannel.com or a Denver 7 newscast. Share your thoughts with Denver7 360 using the form below. Feel free to share your thoughts on a topic of your choice or a specific Denver7 story. We can share your opinion on Denver7. You can also email [email protected]

Editor’s note: Denver7 360 | In Depth explores several aspects of the topics that matter most to Coloradans, bringing different perspectives so you can make up your own mind about the issues. To comment on this story or other 360 In-Depth stories, email us at [email protected] or use this form. See more 360 ​​| In-depth stories here.