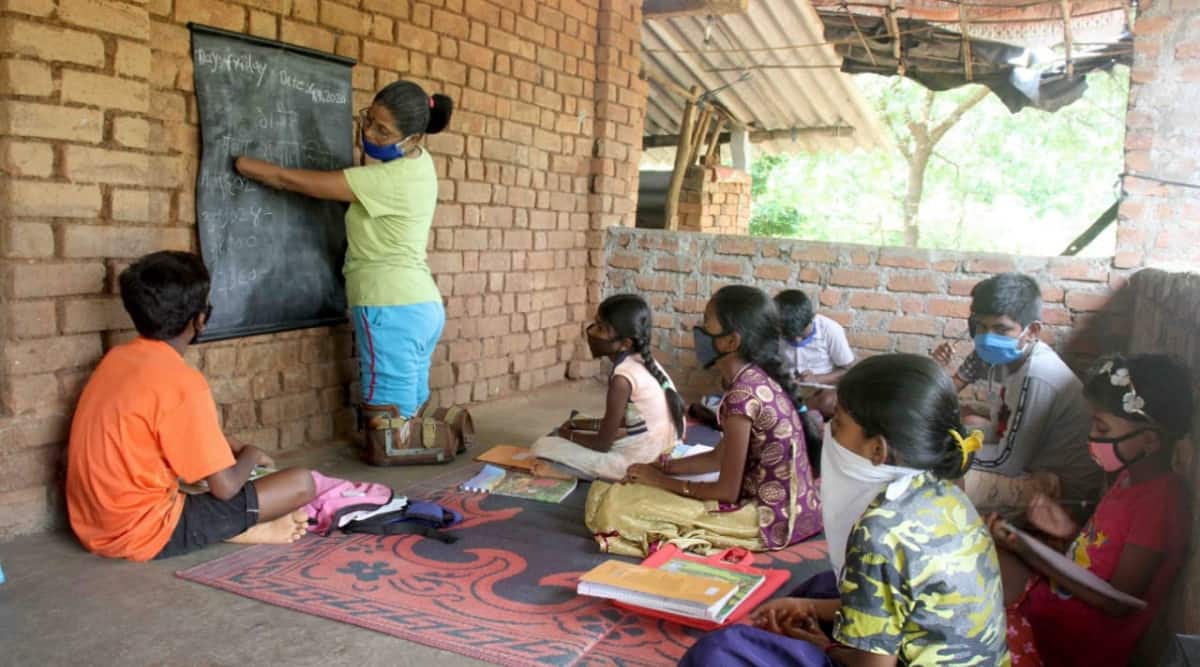 Three former journalists from The Indian Express also won Laadli Awards for their reporting during their stint with the newspaper.
Joshi won first prize for her photograph, published last December, of Pratibha Hilim, a disabled teacher taking classes for 20 children without access to phones or computers to join online classes at her home in a village in Palghar. of Maharashtra during the lockdown.

The report “Maharashtra: 80 Child Marriage Arrested Cases, 16 FIR Filed Since Lockdown Enforcement”, which won Modak its prize, concerned the sudden increase in the number of child marriages during the same period. period. The report highlighted the factors, including school closures, impact on the economy, financial distress for parents and uncertainty over livelihoods, driving the increase in the number of cases. statewide.

Somya Lakhani, formerly of the Indian Express, won the award in the “Print – News Report, English” category for her reporting in this newspaper on the women who were left out of work during the pandemic and the economic toll it has taken. cost. Shalini Nair, also a former journalist for this newspaper, received a citation of appreciation from the jury for her editorial, published in The Indian Express, which argued that increasing the age of marriage would disproportionately affect Dalit women. and adivasi.

“As September’s Covid-19 wave sweeps across rural Maharashtra, hunting for beds,” a series of reports from three Maharashtra districts on the desperation of Covid-19 patients in rural areas for hospital beds, reported by Tabassum Barnagarwala, then in collaboration with The Indian Express, won third prize in the rural reporting category by PII-ICRC.