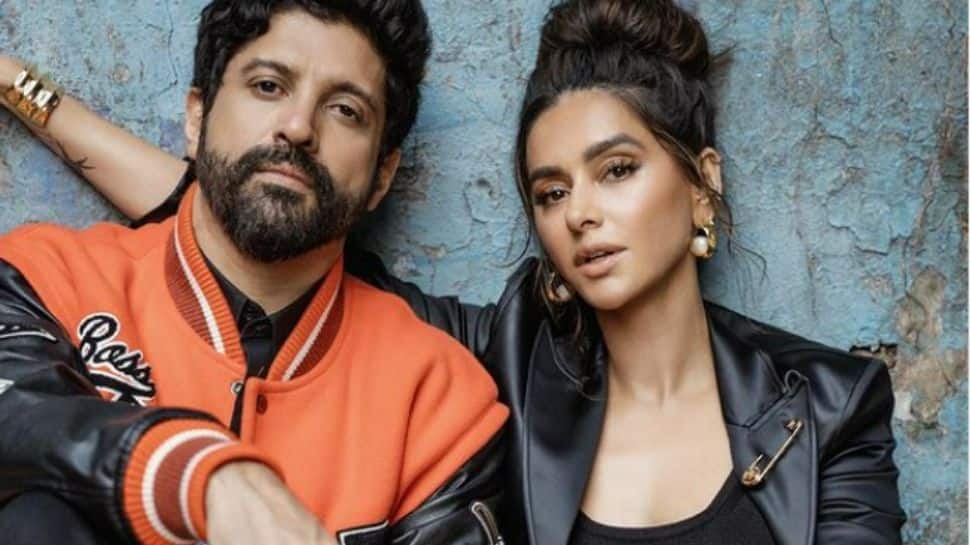 New Delhi: Celebrity couple Farhan Akhtar and Shibani Dandekar recently graced the cover of Elle magazine and shared the stunning photos from their shoot on their Instagram. In the photos, Shibani and Farhan were seen wearing fancy prints and being total fashion divas!

The oh-so-lovely couple shared great chemistry on set as seen in the captivating photos on social media.

What’s cuter is that the magazine introduced the couple as ‘The Akhtars’, especially in the photo where Shibani is seen holding Farhan’s face close to her.

Don’t miss the iconic photos from their photo shoot. Take a look there :

Farhan and Shibani dated for over three years before getting married on February 19 on the outskirts of Mumbai, followed by a civil wedding on February 21.

The former model was born in Pune and raised in Australia and Africa. Shibani starred in Farhan’s sister Zoya Akhtar’s 2015 film ‘Roy’ with Ranbir Kapoor. She started out as a singer — she and her two sisters had a band called D-Major — before becoming a model and a reality show contestant in “Khatron Ke Khiladi” and “Jhalak Dikhla Jaa.”

She was also one of the TV hosts for the 2019 ICC Cricket World Cup held in England and Wales.

Farhan was previously married to Adhuna Bhabani and has two daughters from the marriage. Farhan’s daughters were also present at the wedding ceremony.