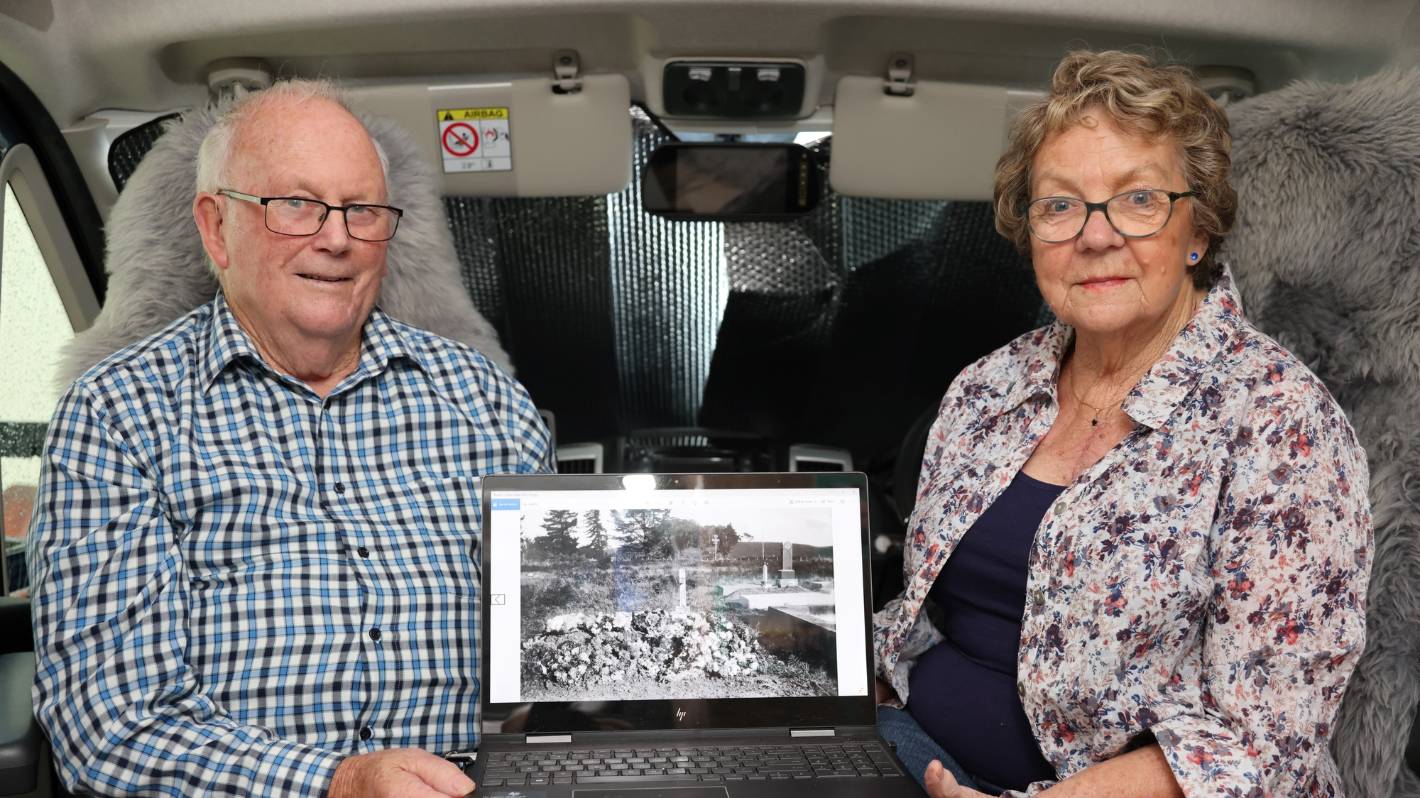 Rita and Ron Carswell used a photograph to find the family’s unmarked graves.

In the sepia photographs, Eva Wilson cuts an animated figure with a violin on one shoulder, while her daughter Maisie shows off her horse in a sundress.

But nearly 90 years after their deaths, the couple’s final resting place in North Waikato has been lost to the winds of time – until another photo points the way and solves a family mystery.

Years of searching for the unmarked graves of her grandmother and aunt had left Rita Carswell unanswered.

That was until she found an old photograph from the 1930s – the key to finding the remains of Eva and Maisie Wilson.

Rita Carswell thought she knew where they were buried at Taupiri Cemetery, but when her mother died it became apparent that the location of the graves died with her.

Napier-based Rita and her husband Ron Carswell had almost given up looking.

They had asked the Waikato District Council and the funeral director for the location of the unmarked graves, but were told that all records had been lost.

That was until they found the historical photograph – which provided clues. It featured other tombs and hills in the background.

They returned to the council and, with the help of cemetery officer Deidre MacDonald, managed to sort out the problem.

“We lined it up pretty precisely with the corners of the hill and the headstones,” said Ron Carswell.

However, when the couple drove to the cemetery in their motorhome, instead of graves, they found a fence.

The fence was placed where the boundary of the cemetery was thought to be, a Waikato District Council spokesman said.

“However, when confirming these graves as part of this investigation, it was apparent that the original boundary was incorrect and should be moved.”

The fence was moved and a few years ago the family finally marked the graves with headstones.

Now Waikato District Council will purchase the land on Gordonton Rd to preserve the graves and expand Taupiri Cemetery.

The land, approximately 1,500 square meters, was owned by Waka Kotahi and had been set aside for the Waikato Expressway.

The council estimated that they would have to pay around $5,000 to acquire the land, but this was subject to further discussion.

“It felt really good to do it all. We spent a lot of time trying to figure out what had happened over the years,” said Ron Carswell.

They had been lucky to find the photo, as it was not common for cameras to be present at that time, he said.

“A good fuzzy feeling once it’s all been done.”

Rita Carswell said it was important for future generations to know their family history and where the graves were.

She remembered her grandmother Eva Wilson as a comedian and said she played the violin.

Maisie Wilson fell and was run over by a horse as a teenager. As a result, she developed a spinal tumor and was paraplegic.

She spent most of her life in a wheelchair and died young, in her mid-twenties.

“It’s nice to have a place to go and remember,” said Rita Carswell.

If she had died before finding the graves, all knowledge about them would have died with her, she said.

“Everyone is happy. All of our children and their children will always know that.