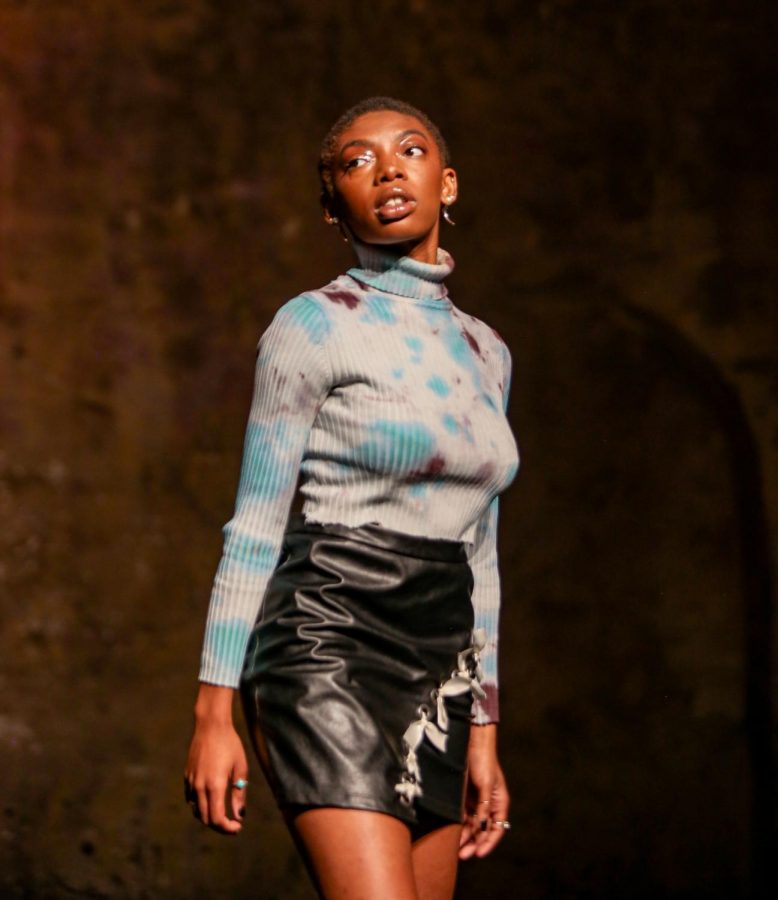 Take a student-led publication and four female-led labels and, as Golden Magazine proved at Golden Runway on Thursday night, you’ll end up with an exhilarating event that will keep everyone talking for days.

Golden Magazine hosted the first ever student-led MN Fashion Week show at Aria, which is an impressive achievement in itself. What’s even more impressive is that the show has sold its seats. Primrose, WAY the Label, ElaMariie Jewelry and Denim Revival Co. each rolled out a set of carefully selected collections for the event. And while the event seemed to unfold seamlessly, the process of making it happen was not as smooth as it might have looked.

According to Halle Klum, Creative Director of Golden Magazine, there was a lot of behind-the-scenes prep work. According to Klum, the team spent hours and hours working on the event between rehearsals, fittings and other tasks necessary to put on a show.

“After watching them build this from scratch and come up with all of these ideas, seeing where they are now is amazing,” said third year student Mia Litman.

Tucked away in the North Loop and adorned with high ceilings, brick walls, pop art, and crystal chandeliers, Aria was the perfect backdrop for the good vibes the Golden team wanted to present at the event. Participants circled between the aperitif table, open bar, and red carpet photo backdrop before heading to their seats. The conversation went smoothly, a stream of excitement buzzing running through the room.

The crowd was as well dressed as one would expect from an eclectic assortment of faces at a fashion week event. Think Reformation mini dresses, sparkly dresses, platform boots, neon mini skirts, tailored pantsuits, sleek updos, subtle gold hoops and the perfect matching manicures. And even eleven-year-old Izabella Greggoire showed up in space buns, pastel pink Doc Martens and a sequin-covered jacket she salvaged from a second-hand wrap dress.

Those who shelled out more for their tickets to win the elusive VIP title watched the show from private balconies above the rest of the crowd, watching from not-so-private alcoves. All VIPs at the show received gift bags containing lipstick and face mask, among others, sponsored by Aloft Minneapolis.

Some of the crowd members were supportive parents of Team Golden, others were loving friends who showed up to support their friends’ brands, many of the members were University of Minnesota students and even more were seasoned attendees of MN Fashion Week.

DJ Omaur Bliss was in his element, serving as an addition to the show himself as he dabbled in music on stage. His mixes included everything from “Worth It” by Fifth Harmony to “Party Up (Up in Here)” by DMX.

A handful of attendees commented on the priority of inclusivity during the MN Fashion Week shows, expressing mutual appreciation for the welcoming atmosphere.

Golden Runway was full of things: loud, trendy, well scented. But more importantly, the event was executed well and the designers on display attested to it.

“For their first year, they’re doing absolutely amazing things – beyond what I thought it was going to be. We had never done this before, so no one knew what to expect, ”said Kaitlyn Paul, co-founder of Denim Revival Co, of her collaboration with Golden Magazine. “They went above and beyond. They are all so kind and so welcoming. They killed him.

The University of Minnesota is probably not the name that comes to mind for prospective college students looking for schools with a vibrant fashion scene. However, if Golden Magazine can continue to produce events like Golden Runway alongside their biannual issues, that may change.