Image which won the Turkish photographer “photo of the year” award 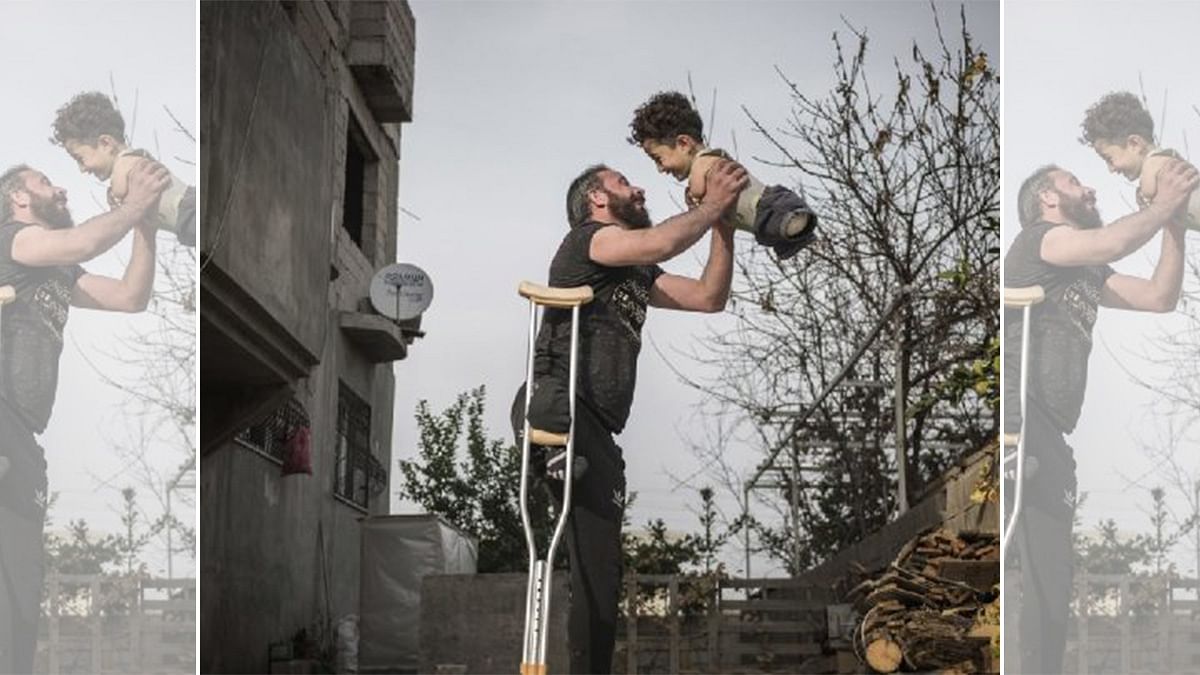 New Delhi: Turkish photographer Mehmet Aslan won “Photo of the Year” at the 2021 Siena International Photo Awards on Saturday with a photo of a Syrian refugee and his son in Turkey’s Hatay province.

Entitled “Life’s Difficulty”, the photo shows the father, Munzir, who lost his right leg in a bombing in Idlib, Syria, holding his son Mustafa, born without limbs. In the photo, Munzir can be seen resting his member on a crutch as his son smiles at him.

After fleeing Idlib, the family now live in southern Turkey, near the Syrian border, where they are looking for prostheses for Mustafa.

The young boy was born with a rare congenital disease called tetraamelia, characterized by the absence of all four limbs. It was “caused by the drugs her mother Zeynep had to take after she was sickened by the nerve gas released during the war in Syria”, States the Siena International Photo Awards website.

In a report through The Washington Post, the mother reportedly said: “The image reached the world… We tried for years to make our voice heard by anyone who wanted to hear it, to help them in their treatment. We would give anything to give him a better life.

Aslan first met the family in southern Turkey where they lived in a store, the report added.

The photo moved people across the world with its powerful message.

Hakan Copur, the Washington bureau chief of the Anadolu agency, tweeted “A single image tells all about what happened in #Syria.

A father and his son displaced from #Ghouta. The child was born without legs. The mother was exposed to nerve gas in 2013. It is impossible to measure the real impact of the gas massacre on the children born without an epidemiological study
Now living in #Idlib #Syria pic.twitter.com/gFQYngjOjG

In 2020, French photographer Greg Lecoeur Photo of a giant iceberg surrounded by crabeater seals won the first prize at the 6th edition of the Siena International Photo Awards.

Aslan also expressed his gratitude for the award, noting that there were entries for the annual photography competition from 163 countries.

“We wanted to draw attention to this,” Aslan said. The Washington Post, adding that he hopes the photograph will highlight the family’s quest for prosthetics for Mustafa and help soften the backlash against refugee communities in Turkey.

The photographer also explained that Munzir lost his right leg in a bomb while shopping in a bazaar in Syria. His wife, who was pregnant at the time, inhaled the nerve gas and soon after, Mustafa was born.

The family left their home in Idlib, a town in northwestern Syria. Idleb has been a hotbed of violence as it is the last province for rebel and jihadist groups to come under attack by government forces and their allies.

But the news media are in a crisis of their own. There have been brutal layoffs and pay cuts. The best of journalism is shrinking, giving in to crass spectacle in prime time.

ThePrint employs the best young reporters, columnists and editors. Supporting journalism of this quality requires smart, thoughtful people like you to pay the price. Whether you live in India or abroad, you can do it here.