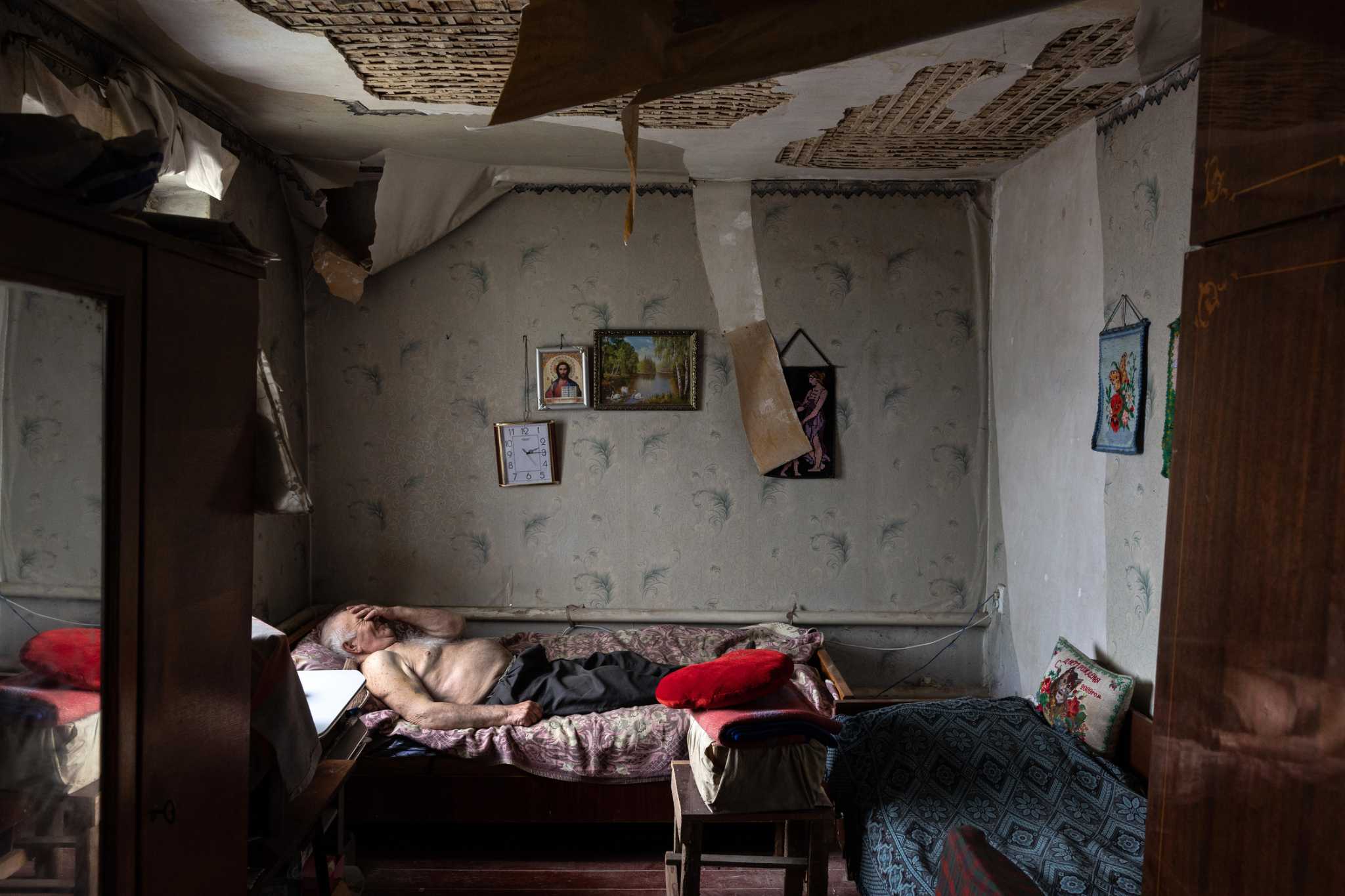 STAMFORD — As a newsreel photographer for three decades, John Moore has covered conflicts around the world.

Moore, a Stamford resident since 2015, has photographed scenes from Nicaragua, Somalia, Afghanistan, Iraq, Kashmir and the Balkans.

Despite his experience in war zones, Moore said he would not describe himself as a war photographer.

“Over the years I’ve tried to be involved in the news that matters, and sometimes it turns out to be conflict and war,” Moore said in an interview days after returning from Ukraine. where he recently spent more than six weeks. . He had already taken pictures in the country in 2014.

The senior photographer and Getty Images special correspondent said he tries to capture “not only the ugly things”, but “the beautiful moments as well”.

He has also covered public health crises internationally and domestically, including the Ebola outbreak in West Africa and the COVID-19 pandemic here in the United States.

For 10 years, much of his work focused on immigration. His book, “Undocumented: Immigration and the Militarization of the United States-Mexico Border,” was published in 2018.

His photo from the same year of a two-year-old Honduran girl crying next to her mother, who was being searched at the border, went viral and won the 2019 World Press Photo of the Year award.

Moore, who is from Texas, has worked for Getty since 2005. Prior to that, he was a photographer for the Associated Press. He was part of a team of AP photographers that won the 2005 Pulitzer Prize for News Photography for their Iraq War photos.

On his recent trip to Ukraine, what stood out was the “incredible resilience of the people there” and their hospitality, he said.

In other conflicts, “sometimes the friendly people and the hostile people were mixed together, and it was often difficult to know where the danger lay,” Moore said. “In Ukraine, it was clear that the Ukrainian people wanted and continue to want international journalists to show what is happening. They are very generous, even in the most difficult times.

At funerals of civilians who had been killed, for example, mourners were “very willing to show their loss and the injustice involved”, he said.

He said he traveled to three regions of Ukraine, spending two weeks in each. He first photographed the damage to the suburbs around kyiv, Ukraine’s capital, then traveled south towards Kherson and spent time near the front lines. The last stage of his trip took place in the vicinity of Kharkiv, not far from the Russian-Ukrainian border.

In the suburbs near kyiv, he found people returning to houses that had been hit by shelling. He remembered a woman named Oksana looking through her badly damaged house.

“On the surface, (it) looked like the destruction…of a tornado that we would see here in the United States,” Moore said. “But you don’t have to look far to see the shrapnel all around and how everything is destroyed with bits of metal from explosions, including his book collection, which has been completely riddled with ‘shrapnel.’

He sometimes used a drone to capture moments from a different angle. One of these photos shows members of a congregation celebrating Orthodox Easter in front of their church which was bombed.

“They were all gathered in a circle as a priest blessed them one by one with holy water, and photographing that from above and just seeing the scene touched me,” Moore said.

In the city of kyiv, he attended a press conference held by President Volodymyr Zelenskyy at an underground metro station.

Later he took photos of an octogenarian married couple, Olexiy and Maria Pshenychnykh, in a village near Kharkiv. The couple remained in their home despite the village being occupied by Russian forces for some time.

Moore said that for many older people in Ukraine, “moving to another country is just too scary.”

In a photo he took of Olexiy, the 85-year-old is lying on a bed with his left hand covering his face. The ceiling above him is in tatters.

“I think images like this made this war more personal for viewers,” Moore said. “Yes, I photographed on the front lines and I photographed Ukrainian soldiers in combat. But, really, what brings the story home, I think, is how it affects civilians and people that we can identify with.

Moore said he always had a translator with him when he worked. For much of his trip, a local documentary filmmaker translated for him.

Near the front lines, he wore a bulletproof vest and a helmet.

“Every day was different,” he said. “Sometimes we intended to go to specific areas, and sometimes we would go to areas of the countryside where we hadn’t been and really see what we could find.”

When he approached people, he would tell them his name and who he worked for, then say, “If it’s okay, I’d like to show a bit of your reality if you have me here for a while.”