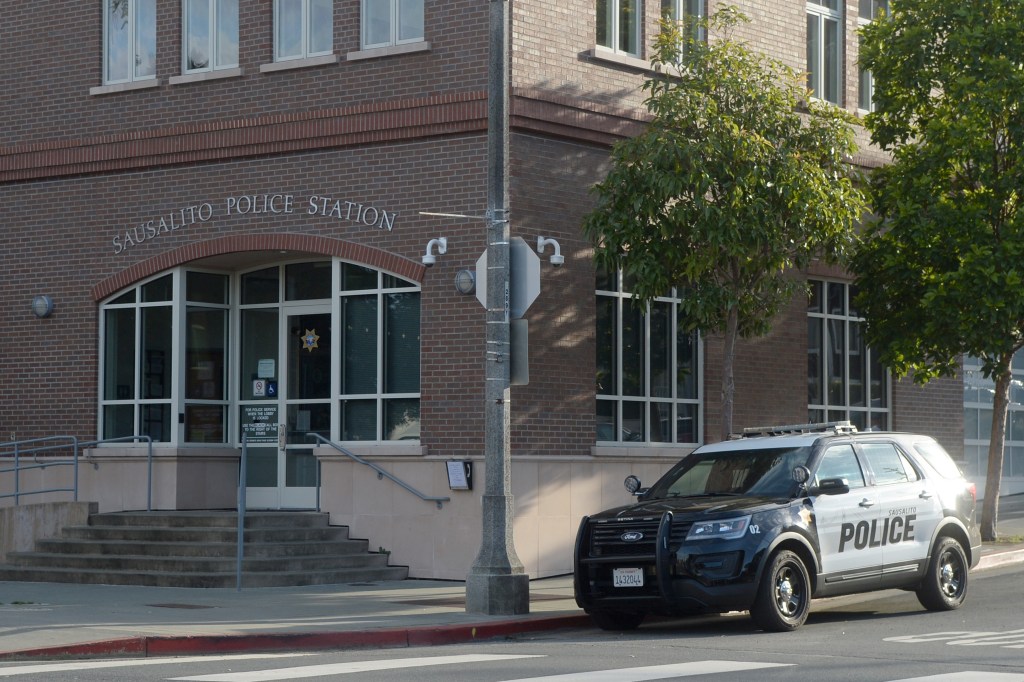 A black photographer is suing Sausalito for $21 million, alleging his civil rights were violated during an arrest at the city-run homeless encampment at Marinship Park.

Jeremy Portje claims police violated his First, Fourth and 14th Amendment rights when they detained him and seized his equipment. The lawsuit seeks compensatory and punitive damages.

Portje, a Novato resident who has worked as a news photographer for the Independent Journal and other organizations, said he was working on a documentary about homelessness in Marin when police arrested him. Police said he was interfering with their duties and assaulted a police officer. The Marin District Attorney’s Office did not file criminal charges.

The lawsuit was filed Feb. 18 in U.S. District Court for the Northern District of California. Portje announced the suit Monday at a press conference outside City Hall that drew more than 50 attendees.

“I want change,” Portje said at the event. “I want to keep journalism safe, protect the sanctity of journalism and the freedom of the press to tell these stories and not allow governments to silence us.”

Portje is asking for $12 million from the city and $3 million each from Georges, Smagalski, and White, as well as reforms such as a police review board. Portje is Vice Chairman of the Novato Police Advisory and Review Board.

The lawsuit alleges that Portje’s rotator cuff was seriously injured during the arrest. The suit also said he had symptoms of depression, such as sleeping 18 hours a day and a lack of appetite. He also experienced fear of police reprisals, apprehension of police sirens, and a lack of interest in his journalistic pursuits.

These circumstances resulted in loss of earning capacity and financial hardship for the family, according to the lawsuit.

Charles Bonner, a Sausalito-based civil rights attorney representing Portje, said in an interview this week that the “No. 1 goal” of the lawsuit is to bring accountability and policy changes to the Sausalito Police Department. Goals include ending pedestrian stops; ending vehicle stops where public safety is not threatened; and establishing an elected Police Review Board.

“We need to restore democracy to Marin County, and my little town of Sausalito specifically needs to lead the way,” Bonner said.

Bonner called Portje “the epitome of why we need these changes.” He said the arrest was motivated by “raw racism” against a black journalist.

“Any force against an innocent man under the constitution is itself illegal and criminal,” Bonner said. “There must be zero tolerance for law enforcement who engage in criminal acts.”

“There was a review of credible evidence in this case and we found no information to support any indication that this incident was about race as alleged,” she said Tuesday.

According to the lawsuit, Portje was shooting footage for her documentary at Marinship Park on Nov. 30. Police were present.

During a conversation with Smagalski, the conversation turned to political ideology. Portje asked Smagalski if he supported or was a member of the Oath Keepers, a far-right anti-government militia. Smagalski “expressed his displeasure” at the question, according to the lawsuit.

Shortly after, Portje saw the officers sticking together, talking and pointing in his direction, according to the lawsuit. Georges then approached him “in an unofficial and aggressive manner,” the suit reads. Arrived at Portje, Georges turned his back on him and would have blocked the camera.

Portje moved his camera to the left, and Georges reportedly followed and continued to block the camera. Moments later, he turned and positioned himself in front and to the side of Portje, pressing her body against him, according to the lawsuit.

In the ensuing scuffle, Georges cut his face trying to grab Portje’s camera. He allegedly grabbed Portje’s hair and threw punches at her, shouting “stop resisting”. Other officers appeared and ordered Portje to drop the camera. Georges then went behind Portje and put him in a shoulder lock and brought him to his knees, the lawsuit said.

Video footage showed officers restraining Portje, who repeatedly asked why he was being held. Homeless people at the site called for Portje’s release.

Police say Portje shoved Georges twice and rammed a camera into the sergeant’s face, causing him a black eye and a small cut.

Footage taken by Portje was released with the lawsuit. The footage, which is without audio, shows footage of police and homeless people before George’s face fills the frame. The camera view jostles for many seconds before ending in a static shot from the sidewalk.

Portje was arrested on suspicion of obstructing an officer, a felony; assault and battery on an injured policeman; and assault on a police officer. The lawsuit alleges that Rohrbacher was involved in handling Portje’s arrest.

The lawsuit alleges the items were searched, despite assurances from the Marin County District Attorney’s Office and the Sausalito Police Department said the items were not examined during the investigation.