MotoE: Ducati will be the only manufacturer from 2023 – Roadracing World Magazine 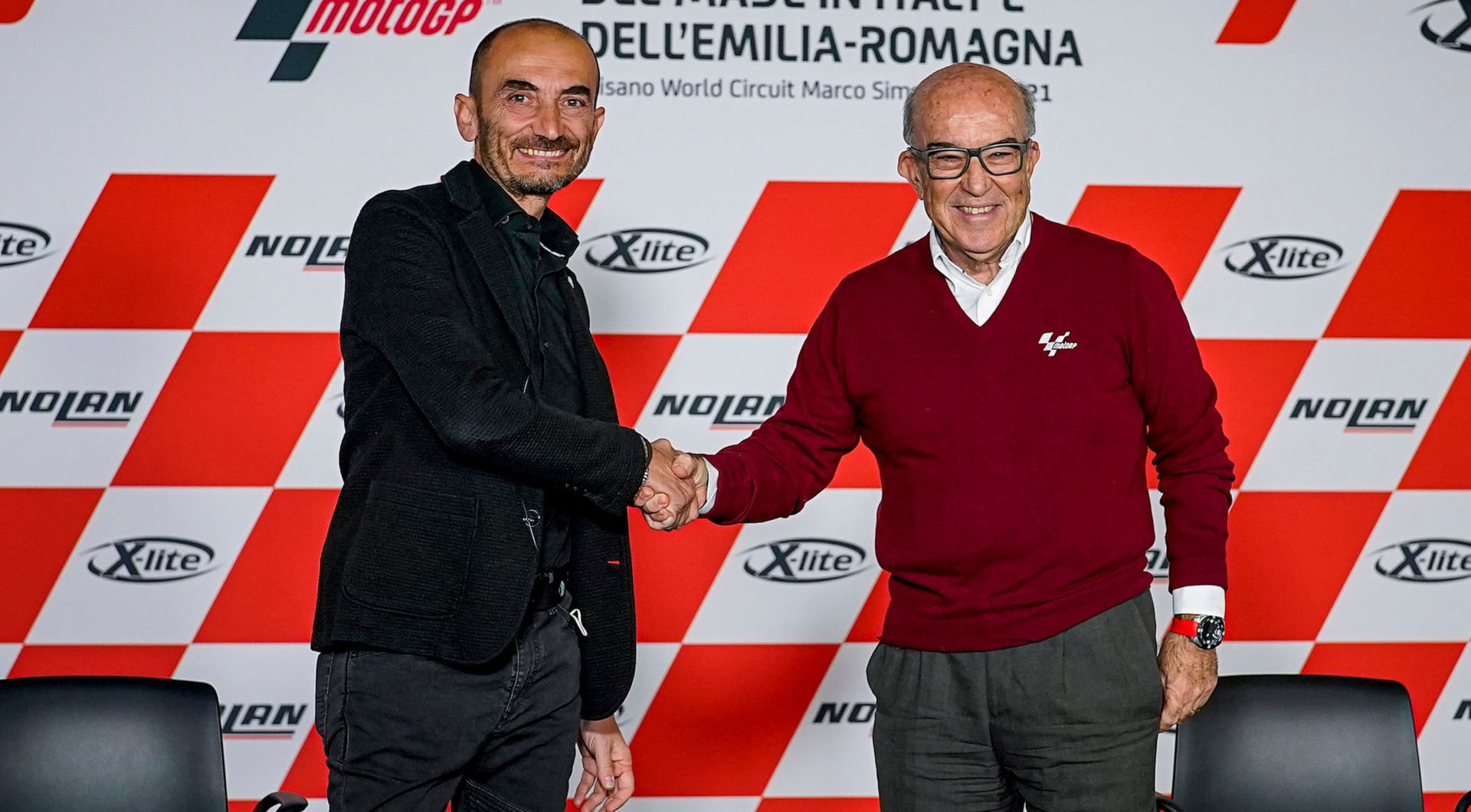 Ducati begins its electric era: it will produce the bikes for the FIM Enel MotoE â„¢ World Cup from the 2023 season

â€œDucati is always projected into the future and every time it enters a new world it does so to create the best performing product possible. We strive to make high performance electric motorcycles characterized by their lightness available to all participants in the FIM Enel MotoE World Cup â€, said Claudio Domenicali, CEO of Ducati Motor Holding.

â€œWe are very proud to announce Ducati as the new single manufacturer for the FIM Enel MotoE World Cup. With their incredible racing history, it is an honor to welcome this commitment from one of the best known manufacturers of the paddock and to take on this new challenge together â€, said Carmelo Ezpeleta, CEO of Dorna Sports.

Borgo Panigale, Bologna, October 21, 2021 – Ducati is delighted to announce the start of its electric era: from the 2023 season, it will be the sole official supplier of motorcycles for the FIM Enel MotoE â„¢ World Cup, the electric class of the MotoGP â„¢ World Championship.

The agreement signed with Dorna Sports, organizer and promoter of the most important international two-wheel racing championships, lasts until 2026 and will therefore cover four editions of the MotoE World Cup.

This is a historic step for the motorcycle manufacturer Borgo Panigale who, following its custom of using motor racing as a laboratory of technologies and solutions which then become reality for all motorcyclists, enters the world of electric bikes starting from the sportiest sector, that of the electric class of the MotoGP World Championship.

The objective is to develop expertise and technologies in a constantly evolving world such as that of electricity, through an experience familiar to the company such as that of motor racing. This has been a consolidated tradition for the Borgo Panigale company starting with the Ducati 851, which ushered in the trend of Ducati sports road bikes by revolutionizing the concept with its innovative water-cooled two-cylinder engine, electronic fuel injection and the new twin-shaft, four-valve cylinder heads, derived from the Ducati 748 IE motorcycle which made its endurance racing debut at Le Castellet in 1986.

The crossover is also evident in the newer and more prestigious products of the manufacturer Borgo Panigale: the Panigale’s V4 engine is in fact strictly derived throughout its construction philosophy – from the bore and stroke measurements to the counter-rotating crankshaft – of the engine that made its debut on the Desmosedici GP in 2015. The Granturismo V4 that powers the new Multistrada V4 was then derived from the Panigale engine. All vehicle control software is also directly derived from that developed in the racing world. Without forgetting the field of aerodynamics.

The technological solutions developed in the racing world, transferred to the products that make up the range, allow Ducati to offer its enthusiasts extremely high-performance motorcycles that are fun to drive. The FIM Enel MotoE Championship will also be no exception in this regard and will allow the Company to develop the best technologies and test methodologies applied to sporty, light and powerful electric motorcycles.

At the same time, the fact that Ducati is part of the Volkswagen Group, which has made electric mobility an essential element of its 2030 â€œNew Autoâ€ strategy, represents the best precondition for an extraordinary exchange of expertise in the field of electric motors.

The announcement of the agreement was made during a joint press conference in the press room of the Misano World Circuit ‘Marco Simoncelli’ on the eve of the Made in Italy and the Grand Prix of Emilia Romagna, the penultimate round of the 2021 MotoGP World Championship. Carmelo Ezpeleta, CEO of Dorna Sports, and Claudio Domenicali, CEO of Ducati Motor Holding, were both in attendance.

Claudio Domenicali, CEO of Ducati Motor Holding: â€œWe are proud of this agreement because, like all the first times, it represents a historic moment for our company. Ducati is always looking to the future and every time it enters a new world it does so to create the best performing product possible. This agreement comes at the right time for Ducati, which has been studying the situation of electric powertrains for years, because it will allow us to experiment in a field known and mastered like that of motor racing. We will work to provide all participants of the FIM Enel MotoE World Cup with high-performance electric bikes characterized by lightness. It is precisely on the weight, a fundamental element of sports bikes, that the greatest challenge will be played. Lightness has always been in Ducati’s DNA and thanks to rapidly evolving technology and battery chemistry we are confident that we can achieve a great result. We test our innovations and futuristic technological solutions on circuits around the world, then make exciting and desirable products available to Ducatisti. I am convinced that once again we will build on the experiences we have gained in the racing world to transfer them and apply them to production motorcycles as well.

Carmelo Ezpeleta, CEO of Dorna Sports: â€œWe are very proud to announce Ducati as the new single manufacturer for the FIM Enel MotoE World Cup. With their incredible racing history, it is an honor to welcome this commitment from one of the most famous constructors of the paddock and to take up this new challenge together. We look forward to seeing what the future holds and continuing to watch this technology grow and develop, as the MotoGP and MotoE paddock continue to drive innovation and evolution in the motorcycle industry, while creating an incredible spectacle on the track. . “

This first step for Ducati in the world of electric bikes will also have an influence on the evolution of the product range. However, the most important challenges in this area remain those of size, weight, battery life and availability of charging networks. Ducati’s experience in the FIM Enel MotoE World Cup will be a fundamental support for product R&D, as well as the physiological evolution of technology and chemistry. The objective is to study how to produce, as soon as technology permits, a Ducati electric vehicle that is sporty, light, exciting and capable of satisfying all enthusiasts.

A new chapter of the FIM Enel MotoE World Cup is closer than ever. And that of Ducati too.

During 2022, various events and collective moments will allow all fans to discover step by step the evolution of the project.