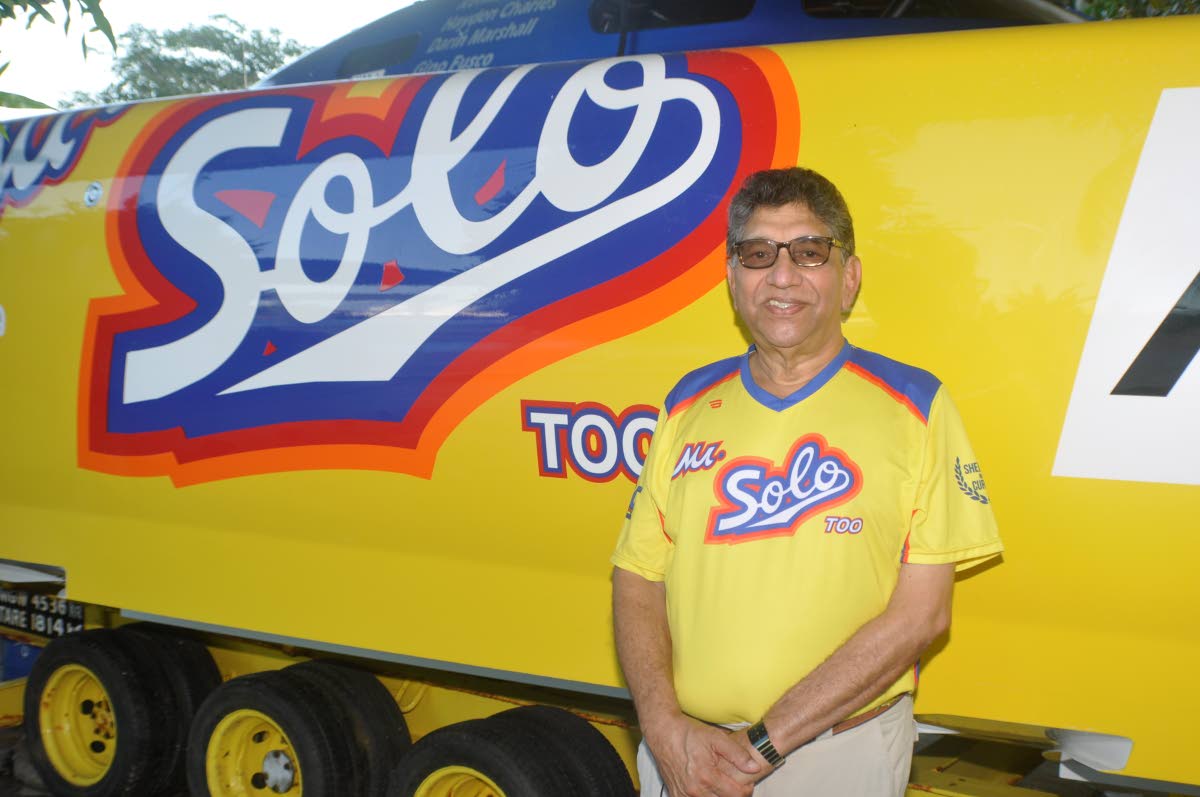 READ THE biography Mr Solo The legendary Ken Charles of Clifford Narinesingh reminds me of what makes an interesting subject for a biography.

Just being a savvy businessman and emerging as the head of the family-owned Solo soft drink business isn’t enough – as tempting as it is to “sell” Charles’s story.

On the other hand, his success in motor boating is not enough either.

The challenge Narinesingh faces is capturing the two very different images of Ken Charles to understand how his job and his passion define him.

It is not a simple task for a biographer. Narinesingh intertwines Charles’ stories with statements about how he always loved the ocean – enough to sneak out of his father Joseph’s house and defy his father’s feeling that his family shouldn’t be getting into something. higher than wading in water.

Obviously, a Ken Charles biography can’t just drift with the waves. You have to dive deep into this passion to discover the “relevance” of Charles’ penchant for motorboat racing.

Is powerboat racing the ultimate escape from the stress of the corporate world?

Charles’s involvement with the late boatbuilder Brian Bowen in the construction of his racing boats suggests an interest in the mechanics of boat building. Does motorboat racing symbolize and capture a creative side of Charles that cannot be encountered in a corporate boardroom?

There are many questions that can be probed and the success of this biography depends on how Narinesingh shows these answers without telling the reader what to think.

Equally important is the material that precedes Narinesingh’s biography. A preface by Charles ‘friend, former Trinidad Express editor-in-chief Ken Gordon, emphasizes Charles’ “rare quality of making success easy”. Gordon’s foreword reveals interesting snippets of Charles, whom Gordon describes as having “a disarming personality, an always easy smile, extraordinary thoroughness and good judgment with which he pursued what he wanted”.

Gordon describes some of the book’s highlights: the story of the rag to wealth dating back to Charles’ father Joseph, who began Joseph Charles Bottling’s work with a $ 350 loan from Nagib Elias, and the death of Charles’ two sons in a motor boat race.

The author’s preface was the perfect opportunity for Narinesingh to reveal his favorite anecdotes from interviews, which would show important characteristics about Charles, rather than telling readers how they should feel. I would love to see the preface redesigned and redesigned in a new edition, as this is an opportunity to draw readers into the biography by giving them an indelible image that sticks to readers throughout the book.

I am also considering the first chapter reworked in a later revision. Currently, this is a traditional, chronological start. Most modern biographies begin with a defining anecdote that evokes the defining theme of a subject’s life. Again, I want to see an explosion of color and personality in the first few pages. A description of Charles in an exciting race would be my first choice.

The first paragraph of the biography itself is an opportunity to grab readers. Mr. Solo begins with a description of the life of Sarjard Muckmadeen, who we don’t know is Ken Charles’s father until a few pages in the biography. This is baffling because readers have to find out who Muckmadeen is. The stories Narinesingh presents about Charles ‘father are interesting and revealing in setting the stage for Charles’ life and personality, but they shouldn’t be the reader’s point of entry.

The images, both in black and white and in color, are plentiful and well presented in the print and as mini albums in the biography. It is commendable.

In contrast, I prefer a traditional layout with indented paragraphs and no extra space between paragraphs. The use of paragraphs on the left and double spaces between themes affects the flow of the story.

Learning how the Great Race came about is fascinating read – not just because of the event, but because it makes readers reflect on Charles’ personality and values.

Narinesingh is exceptionally good at creating alluring chapter titles. Chapters three through five, Dealing with Dangers at Sea, The Drama Begins, and The Intense Rivalry serve as bold depictions of the boat race. These chapters are filled with tension and excitement. It would be nice to hear Charles’s descriptions in the story a little more often.

In Chapter Three, readers are immersed in Charles’s errands. I felt the question-and-answer interview from a People magazine article worked well in the book. This allowed Charles to publicly explain a race in which two men died, reminding readers that this is a risky sport.

In Chapter 12, the style becomes more journalistic, with many quotes from newspaper articles. Narinesingh’s storytelling often becomes dramatic when the events can speak for themselves and evoke the emotions needed for readers to connect with the story. Some statements need to be supported by information. Comments such as “It was generally believed that Solo’s problem was attributed to the late delivery of his boat…” leave the reader wondering: who is responsible for this “general” opinion?

Tragedy Strikes is by far the most gripping chapter. Charles’s moving description of the race in which two of his sons lost their lives evokes unspeakable sadness. His determination to continue with powerboat racing thereafter is a study of determination and resilience.

Ultimately, Narinesingh rightly chooses to focus on Charles’ motorboat races as a vehicle to show the life of the businessman. This is where readers best perceive the qualities of creativity, risk-taking and strategic planning that define Charles as a businessman.

While I would have preferred Narinesingh to allow the story to be told more than to embellish it with abundant adjectives, Mr Solo The Legendary Ken Charles is an important biography worth reading.

Adjustments may be made in future editions. Notes and a standard bibliography should be added to create the necessary literary credibility that the biography deserves.

Constructive criticism aside, it’s important to note that Narinesingh manages to condense volumes of information into an intriguing biography. Any good biography satisfies our curiosity while giving us a thirst for information on a subject worthy of being the subject of a novel.

Evocative triumphs and conflicts are present in Mr Solo. The only question remaining is whether Narinesingh dived deep enough to create an understanding of what the sea really represents in Charles’ life. It’s up to the readers to decide.