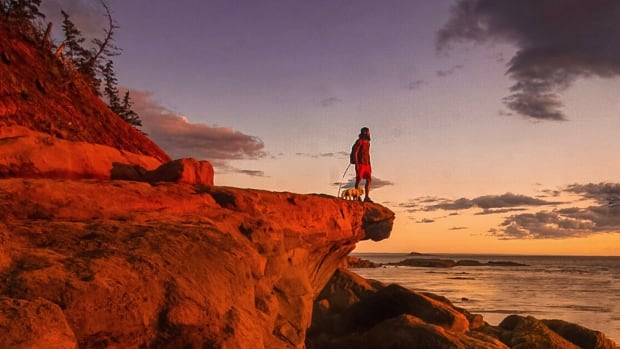 Most days, Phil Church wakes up before sunrise and heads out to explore one of Nova Scotia’s parks.

A full-time photographer, he has spent the past year living in his van and traveling the province with his dog.

Church has been an avid hiker for years. He says he’s always been frustrated with provincial parks closing from early October to late May.

Last month, Church started a petition keep gates and facilities open year-round at federal and provincial parks across the province.

“We live in an incredibly beautiful place,” Church said. “The amount of diversity we have here is amazing…and we have four full seasons of it, so we shouldn’t just encourage people to use it in one season.”

All 129 provincial parks in Nova Scotia are technically open year-round. But the facilities aren’t maintained, the roads aren’t plowed, and the gates are closed outside of normal business hours, which means a much longer walk from the road to the beaches or trails.

The petition has now reached over 1,000 signatures.

In the description, Church mentions how being outdoors can benefit mental and physical health. He has spoken to his MP, Melissa Sheehy-Richard, and plans to continue to champion the cause.

“The [parks] have been busier over the past two years,” he said. “And that’s a good thing, more and more people are coming out.

In a statement to CBC News, a spokesperson for the provincial Ministry of Natural Resources and Renewable Energy said the ministry hires more than 220 seasonal workers to maintain the parks from May through October, but “the sites are not staffed or maintained during the off season.

“Doors are closed to prevent weather-related damage and vandalism. Some infrastructure, such as toilets and parking lots, was not designed for winter use.”

The spokesperson said there are no plans to open park gates or provide snow removal, restroom access, garbage collection or other maintenance during the winter months. ‘winter.

Open, but not accessible

Church said parks can be open in the winter, they are inaccessible to many.

“I think a lot of people just assume the parks are closed so they can’t use them,” he said. “There are places… like Taylor Head [provincial park], you’re talking about an extra five miles to get to the trail.”

In Kejimkujik National Park, major roads are plowed, but gravel roads are closed.

Trails remain open in winter, but camping is not permitted. Public restrooms are closed. Dry toilets are open but not stocked or maintained.

“Parks Canada is aligning its seasonal hours of operation, visitor services and facilities to reflect visitor visiting patterns and expectations,” a spokesperson said in an emailed statement.

“Places administered by Parks Canada regularly monitor the use of their services and adapt as necessary to meet the needs of the public.”

“You’re gonna take the family to Blomidon [provincial park] on a winter’s day, you’re going to stop in Wolfville and have a coffee or a hot chocolate or that sort of thing.

“People who aren’t from Nova Scotia have this sort of thing in their heads that we’re basically a summer lobster roll type province when in reality we have so many opportunities.”