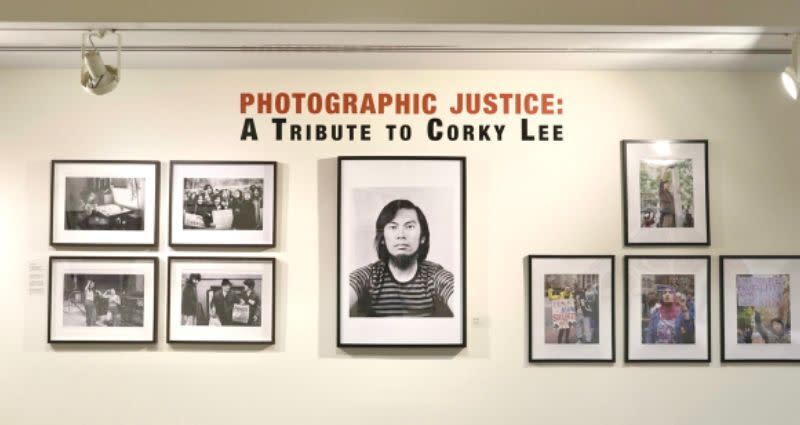 When Corky Lee was studying American history at Queens College in New York, the young Chinese American saw a photograph in a book that featured workers celebrating the completion of the transcontinental railroad at Promontory Summit in Utah. . Lee was surprised to read that more than 12,000 workers from southern China were employed by the Central Pacific Railroad, an American railroad company founded in the 1860s. Despite the use of the best magnifying glass that he could find at Woolworth to study the black-and-white photo closely, Lee could not find a single Chinese.

Years later, the young student was introduced to photography and became one of the most influential photographers in the Asian American community. It aimed to make Asian Americans more represented in mainstream media.

In response to the misleading Promontory Summit photo, Lee organized a reenactment of the famous shot in 2014, bringing together Chinese-American photographers and some of the descendants of Chinese railway workers at the same location where the original image was taken.

Throughout his life, Lee took photographs that recorded the ongoing challenges members of the AAPI community face: anti-Asian hate crimes, systemic discrimination, and stereotyping. To honor the legendary Asian American photographer, who died of COVID-19 last year at the age of 73, the photo exhibit “Photographic Justice – A Tribute to Corky Lee”, opened at the Brooklyn Courthouse’s Charles P. Sifton Gallery in May. 20.

In addition to Lee’s work, the exhibit features images taken by Asian American photographers who all knew Lee and worked with him. The public exhibit aims to highlight the many ways Asian Americans have contributed to the development of the United States while showcasing their accomplishments.

For decades, Lee has chronicled the Asian American experience. At the end of 2020, he declared AsAmNews which he calls his camera “a sword to fight indifference, injustice and discrimination.”

More from NextShark: “That Asian face”: the artist behind the #StopAsianHate illustrations

Journalist Ti-Hua Chang, host of the exhibition preview May 19said, “I’m sure Corky would be so happy, so happy to see not just seniors but multiple generations of people here tonight celebrating his life and continuing to fight for Asian Americans.”

Visitors to the exhibition can find Lee’s presence in the images of other photographers. Star photographer Alan Chin, who has worked alongside Lee on several occasions, shared that Lee’s work has influenced him since he was 12.

“As a young Chinese American boy growing up in New York’s Chinatown, I was really moved by his photographs because we didn’t have a lot of Asian American photographers documenting our own communities there. era,” Chin said. “Corky paved the way and made this possible for all of us. We are all following in his footsteps.

Corky Lee’s brother, John, said at the exhibition’s preview that it is “particularly fitting that Corky Lee’s quest for justice graces the halls of a building dedicated to the pursuit of justice. justice”.

“But Corky’s job is not done,” he continued. “Corky sought to build a better union by including the excluded and creating a story that truly and faithfully reflects the contribution of the many, not just the few.”

The exhibit is the second iteration of “Corky Lee on My Mind: A Photographic Tribute,” which was curated by Chee Wang Ng, Joanne Kwong, and Karen Zhou and installed at Pearl River Mart last year.

Ng, a longtime friend of Lee, commented on the exhibit saying, “There has rarely been a platform for our marginalized communities to voice the many Asian American issues. The hope of this exhibit is to bring about positive social change. The humanism of photography not only imparts empathy and understanding, but also proves that true healing happens when we work together.

Daily listening hours are 9 a.m. to 5 p.m., Monday through Friday. The exhibition will continue until November 2022.

Authors biography: Xintian Wang is a freelance journalist covering cultural policy in a transnational context, including gender and sexuality, film and television, arts and fashion, and the LGBTQ+ community. Xintian’s work aims to shed light on minority cultural groups whose voices are buried in mainstream discourses. Her twitter can be found at @Tina_WangXT.