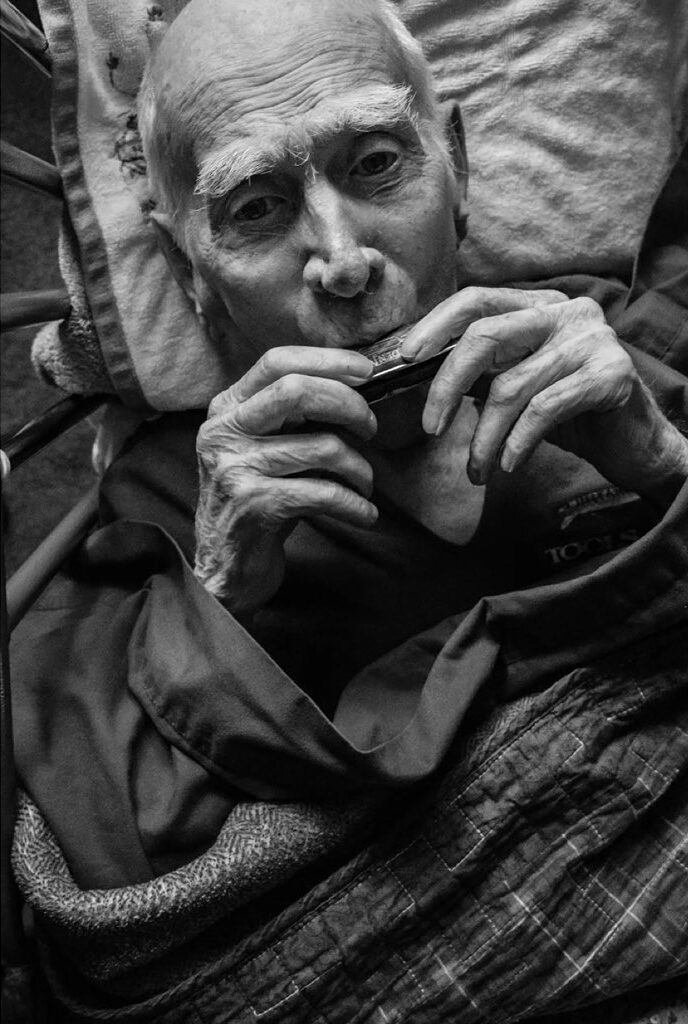 ELKVIEW, W.Va. – The time has come for the last home visit of the day as a freelance and documentary photographer Rebecca Kiger traveled with Kanawha County officials to clinics and homes during COVID-19 vaccination efforts in June.

Kiger took a photo of Elkview resident Dana Campbell at her home on June 4 before receiving a vaccine. Now that this photograph has received international attention because TIME Magazine has included the shot in the publication of Top 100 photos of 2021.

The West Virginia native told MetroNews she was proud of the photo for several reasons, including the way it paid tribute to the late Campbell. He died on July 25 at the age of 94 surrounded by his family at his home in Elkview.

â€œI was thrilled because I hope this will help get people in West Virginia more vaccinated. With the passing of Mr. Campbell this year, I think it’s a great way to pay tribute to him, â€Kiger said.

The photo was captioned on TIME as “Dana Campbell plays” You Are My Sunshine “on the harmonica before being vaccinated at her home in Elkview, W.Va., on June 4. ‘ Kiger said Campbell was bedridden but his family made sure he was protected during the COVID-19 pandemic.

Kiger said she knew this moment was special before the shot was fired and the capture solidified what she was able to witness. She said that as a photographer she is able to attend events that you might not otherwise be able to see.

â€œEven in bed and in pain, he gave us this warm West Virginia welcome. he played the harmonica for us. I just show, even in this state, how happy and generous he is, â€Kiger said.

Kiger had taken photos that week for an article in Jamie Ducharme’s TIME magazine titled “What the United States Can Learn About Health Care From the Successful Deployment of a Vaccine in this County of West Virginia,” featuring Kanawha County. Campbell’s photo was there.

She said as soon as she took the picture she sent it to Paul moakley, editor at TIME. Moakley would let him know later that the photograph had a good chance of being featured elsewhere. Kiger said he received a text message from Moakley on Wednesday morning when TIME posted its Top 100 photos.

Kiger added that the Campbell family had had a positive reaction to the photo featured in the post. The photo is part of events such as the Summer Olympics, the Jan. 6 Capitol uprising, the swearing-in of President Joe Biden, international tragedies and racial unrest in the United States.

â€œIt’s a real honor because I look at the list of photographers and there are people out there that I admire so much. It’s overwhelming to be included,â€ Kiger said.

Kiger, who also teaches photography at a high school in Bellaire, Ohio, said his work previously featured in TIME’s Top 100 Portraits and in a 10-page TIME article that shed light on the homeless in Wheeling and across the country during the pandemic.

Kiger’s work will also be featured in an upcoming 12-page article in the Washington Post magazine, Another West Virginia Story. She said she was grateful when national publications looked to West Virginia to publish work on the state.

â€œI hope this lets everyone in West Virginia and the Appalachians know that we are all talented and that it is important to use our voices to tell the story of the area,â€ said Kiger.

Kiger was keen to honor his late photography professor at the university, Benita keller. Kiger said Keller died less than a month ago from a COVID breakout, but said what she learned in Keller’s classes at Shepherd University had helped her achieve this stage of his career.