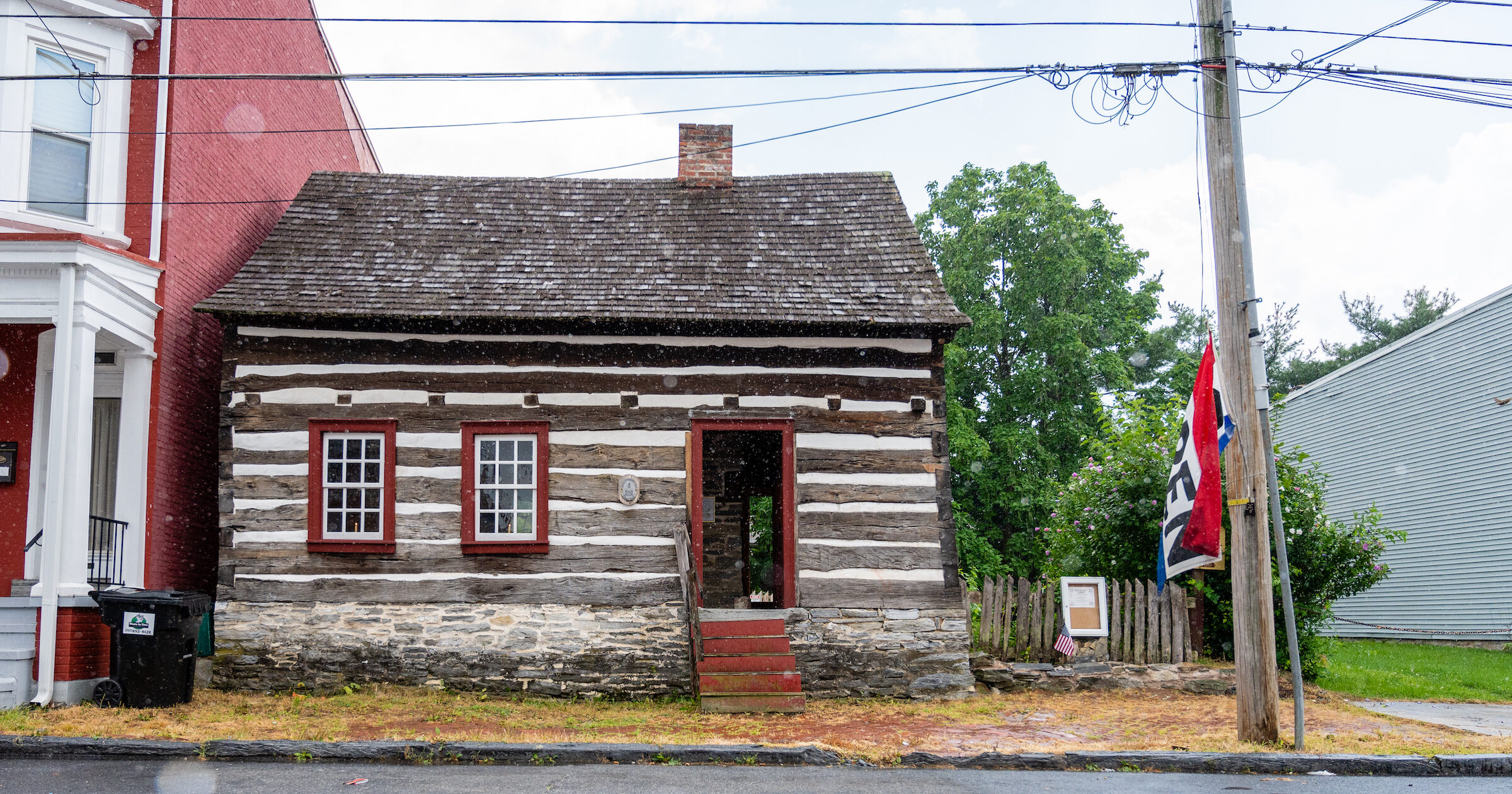 The Chestnut Street Log House, one of Lebanon County’s best-kept secrets, will be open on Wednesday afternoons in August in hopes of educating visitors to the county and beyond about the historic structure.

Gerald A. Collins, treasurer of the Historic Preservation Trust of Lebanon County, has been involved with the house for decades. He spoke with LebTown about the history of the house as well as its current condition.

The Germanic structure is believed to date back to the 1760s, as its layout resembles the 18th century structures found in Germany today.

Although historians have yet to identify the original builder and owner of the house, they have been able to trace records dating back to the beginnings of Lebanon County in 1813. At that time, the property was land in Steitztown owned by to the Long family.

Due to all that remains unknown, the Chestnut Street Log House has been given its generic name.

Lebanon’s municipal council owned the property in the mid-1970s and contracted it out to a regional authority for demolition. There were garages in addition to the house on the property, which had already been dismantled.

However, a person familiar with log structures suspected that the structure was one because of the way the chimney was positioned. They obtained permission to take a sample from under the siding and found king’s wood, typical of the English colonial period.

They then informed the city council that it was a historic asset, stressing its importance for present and future generations.

At the time, city council received $ 14,000 in money from state legislators. As a result of the Trust’s efforts, City Council agreed to take over the contract and made the Trust responsible for restoring and preserving the property. The city council donated the entire $ 14,000 to the Trust, on one condition: never to ask for funds again.

The funds enabled the Trust to start working on some of the projects they had planned. The Trust used the $ 14,000 in the first year of restoration and fundraising since.

The house has a three room floor plan, which consisted of the stübe, or living room, the kammer, or parents’ bedroom, and the kitchen area.

There was also most likely a well and an outbuilding on the property, which was usually located near the entrance to the garden.

The Trust was required during the redevelopment to install parking on the property. During the process of setting up an authentic gravel rigger parking lot, they discovered posts indicating that there was also a small barn on the land.

“I always say it’s like putting a puzzle together,” Collins said. “[We] have pieces of the original fabric. But in some cases we had to find older boards from other places. We succeeded with this.

The kicker? They had to contribute $ 25,000 to qualify for state funds.

“We were very lucky, and we consider ourselves lucky today, in that the county and the city have been very, very supportive of our efforts,” Collins said. “The county provided a large portion of the $ 25,000. The city also injected money… so we were able to move forward with the project. ”

With the funds, the Trust was able to replace three of the exterior walls as seen today.

There is a four bed German garden in the courtyard.

Since last year, it has been planted by representatives of the Daughters of the American Revolution. DAR member Christine Kline is responsible for around 20 intermittent volunteers who water, weed and tend the garden.

This year, a local Scout working on his Eagle badge will build a small outbuilding-like building in the backyard. The characteristics of the outbuilding will not be functional, but the building will serve as a garden shed.

The property currently belongs to the city of Lebanon. It is owned by the Trust under a 15-year lease, which will last until 2028. The house remains a project for the Friends of Chestnut Street and the Trust. And like any project, it comes with its difficulties.

The Trust struggles to find volunteers and young people interested in this particular activity, and also struggles to find people qualified to work with logs using 18th century construction techniques, as the goal is to keep the house as authentic to its period as possible.

The house will be open Wednesday afternoons from 1 p.m. to 4 p.m. in August. The house is also open at other times, depending on the volunteers. Appointments can always be made.

There is no charge for tours, but donations are always welcome.

Questions about this story? Any suggestions for a future LebTown article? Contact our press room using the contact form below and we’ll do our best to get back to you.

Do you support local news?
If you think Lebanon County needs high quality, independent journalism, consider joining LebTown as a member. Your support will go directly to stories like this and you will help ensure that our community has a trusted source of information for years to come.