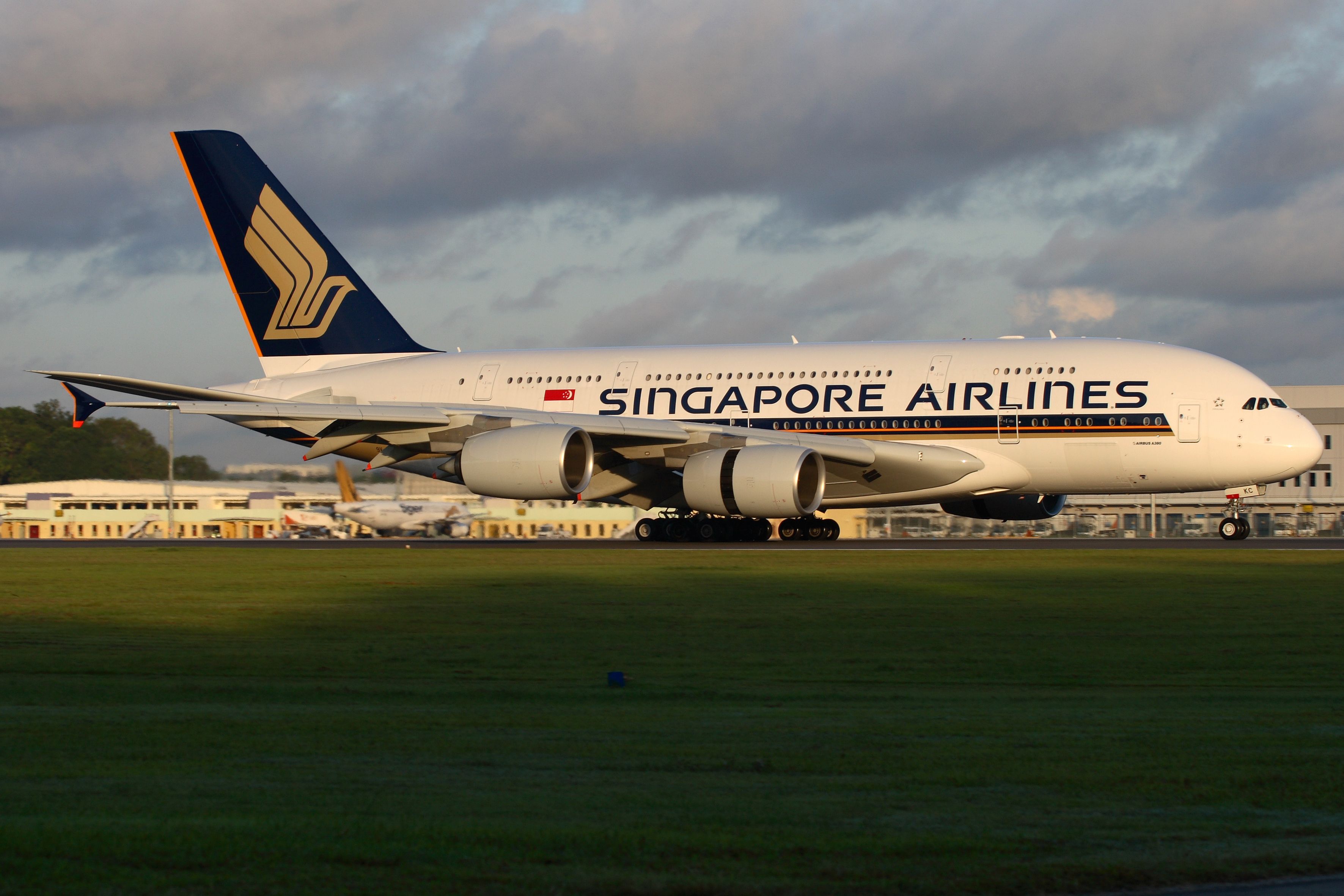 Airbus A380 global launch customer Singapore Airlines took delivery of its first superjumbo in October 2007. The Southeast Asian carrier has taken delivery of 24 in total, with now seven A380s retired . Sadly, a photo posted to Twitter on Feb. 25 shows one of these seven retired double-deckers with its “wings clipped” and stripped down with its engines removed.

Posted on Twitter by Toulouse-based planespotter @cliper31, the photo shows the majestic A380 parked. Its Singapore Airlines livery had long since been scrapped, but that wasn’t the only post-retirement job inflicted on the jet. Indeed, the plane had its four Rolls-Royce Trent 900 engines removed and its wingtips cut off.

SIMPLEFLYING VIDEO OF THE DAY

Apparently taken in Tarbes, France, the jet has clearly been taken apart and is slowly being scrapped, piece by piece. Tarbes is one of the sites of the large European storage and MRO company, Tarmac Aerosave.

Once registered with Singapore Airlines as 9V-SKD, the Airbus A380 first entered commercial passenger service in 2008. At the time of its retirement, the aircraft had been configured with the following layout:

It was in 2015 that this configuration replaced the original layout of the aircraft.

Flying with Singapore Airlines for its entire lifespan, the jet was retired in December 2017 and stored in Tarbes around six months later. Based in Tarbes, the jet had been sold to the Dr. Peters group and had received the Maltese registration 9H-DPD. Unfortunately, no data could be found on his accumulated flight hours and flight cycles.

Tarmac Aerosave has done good business handling A380s. The European MRO company has not only dismantled and scrapped a number of superjumbos, but its various sites have also been used for long-term storage of many A380s which have since been returned to service. Unfortunately, many other A380s remain at the various Tarmac Aerosave sites, highly unlikely to emerge unscathed.

While MSN008 and a number of other A380s have been scrapped, one particularly old superjumbo lives on. In fact, the jet is the oldest of all A380s, having been the first to roll off the assembly line in Toulouse, France.

Indeed, the A380 MSN001 will serve as a testbed for the development of Airbus’ hydrogen propulsion technology. Just a few days ago, the European aircraft manufacturer announced that the plane would be equipped with four hydrogen tanks and a hydrogen engine.

Registered F-WWOW and baptized “Jacques Rosay”, the aircraft also served as a test bed for the development of the Airbus A350. The A380 featured the Trent XWB engine from the A350 under one of its wings.

With its status as the very first Airbus A380 ever built, the jet is unlikely to meet the same fate as MSN008. Instead, this plane is much more likely to end up in a museum once Airbus is done using it as a testbed.

Deputy Editor – An experienced photographer and video producer, Chris is a natural journalist. A graduate with a rich travel history, Chris’s insight into routes, networks and alliances brings a depth of quality to his work that is hard to beat. His strong airline relationships in the Middle East and Canada make him an asset to the team. Currently based in Vilnius, Lithuania.