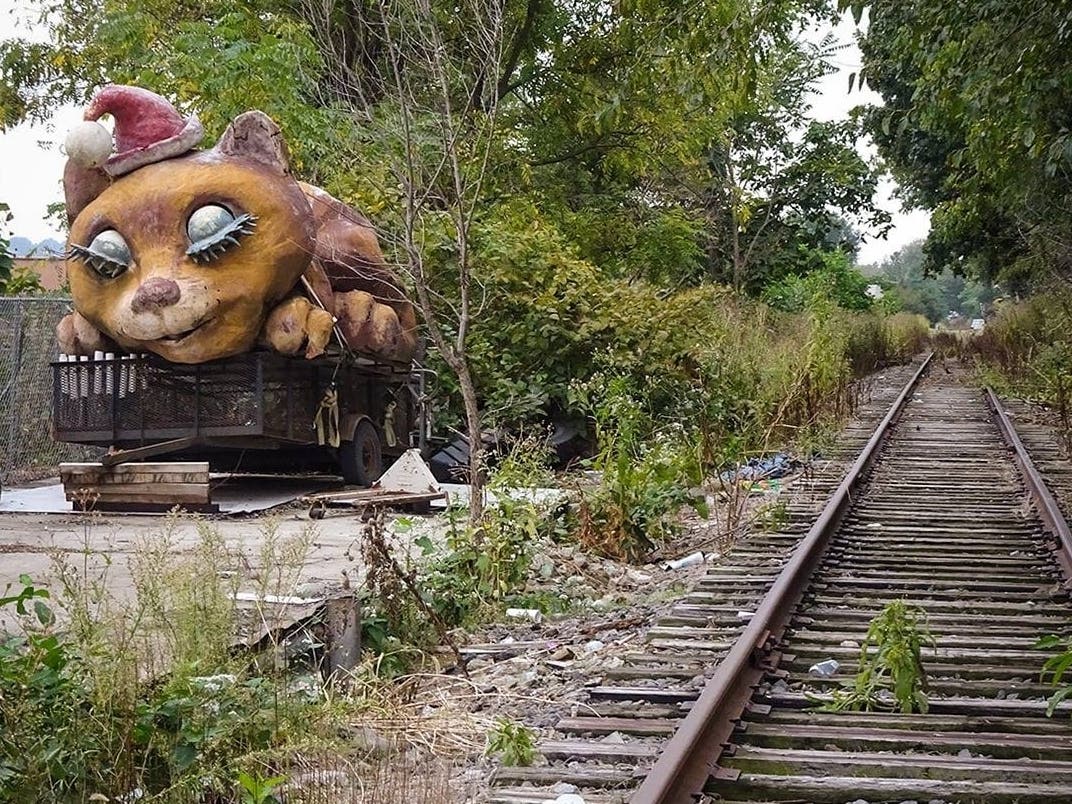 ESSEX COUNTY, NJ – There is something brutally poetic about the urban decline that was once the Newark branch of the Erie Railroad.

An offshoot of the old Boonton Line in North Jersey, the abandoned rail lines have been partially reclaimed by nature since their demise decades ago. If one ventured into the graffiti-scarred post-industrial landscape, one would have a good chance of finding a wild turkey or deer foraging for food amid the hailstorm bloom.

They could also meet Wheeler Antabanez, a native of Montclair, photojournalist and urban explorer.

Antabanez recently completed a 200 pages photo book and a 40-minute accompanying film, “Walking the Newark Branch: A Photographic Journey on the Abandoned Rails of New Jersey”. The official release date is Saturday, October 30, just in time for Halloween.

Watch the movie here when it launches.

The book chronicles Antabanez’s travels on the Newark branch, which crosses Kearny, Harrison, East Newark, Newark, Belleville, Nutley and Clifton. Opened in 1870, the stretch of railroad has been buzzing with activity for over 100 years, but now finds itself exposed to the elements – and time.

To capture his footage, Antabanez ventured into what he calls the “underworld” of New Jersey, roaming abandoned trails from one end of the line to the other. It is not recommended to follow in his footsteps as the area is closed to the public; a preview of his move trailer shows why.

As he made the trip, Antabanez says he found a beauty hidden among the haunting rubble.

Starting from the Meadowlands where the Newark branch breaks off from the Old Boonton Line, he passed landmarks such as the abandoned WNEW radio transmitter, Clark Thread Mill, NX Bridge, Riverside Industrial Superfund Site, Walter Kidde Brownfield Site and the Nutley Train Trestle.

He also encountered a towering “Christmas cat” structure in Belleville which is arguably one of the strangest sites in North Jersey.

While his photography doesn’t skimp on the grainy aspects of the Newark branch, Antabanez also manages to capture a sense of renewal. It’s the same as when he recently chronicled his exploration of the old Boonton Line, which is now the site of a hiking and biking trail project that would span eight northern towns. from Jersey. Read more: Essex-Hudson Greenway plan in danger, NJ groups warn

Similar new life is brewing for the Passaic River – another of Antabanez’s haunts – where an expanded cleanup effort is underway on the polluted waterway. Read more: Federal government expands Passaic River Superfund cleanup in New Jersey

If the reactions on social networks are any indication, others share his curiosity. Antabanez shared photos and drone shots of what he found along the runways, inspiring dozens of intrigued comments from local residents.

Check out a few below.

Sign up for Patch email newsletters. Learn more about posting announcements or events to your local Patch site.