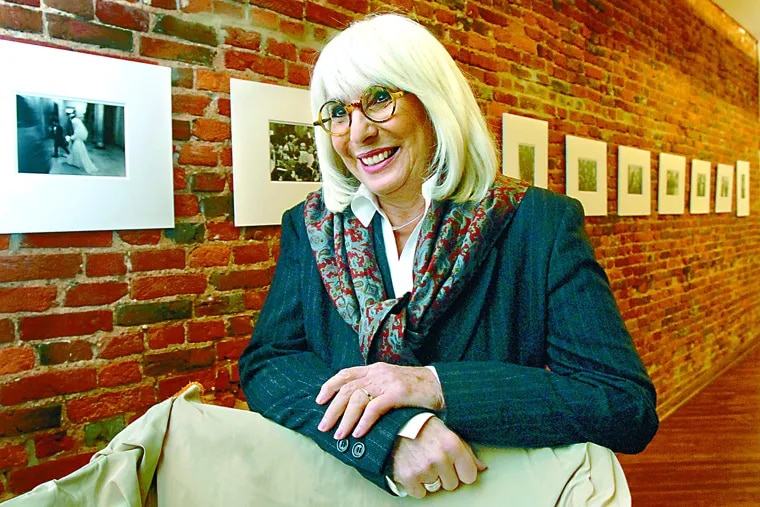 Sharon J. Wohlmuth, 75, a kind-hearted, free-spirited photographer who won a Pulitzer Prize and countless other accolades at The Inquirer and then co-published a bestselling series of poignant photo essay books, died on Sunday February 13 of an undisclosed cause at her home in Rittenhouse Square.

Using his instinctively sharp eye to spot striking images, genuine interest in people, an extra dose of chutzpah, and an ubiquitous camera, Ms. Wohlmuth’s career in photojournalism at The Inquirer spanned 20 years and took her to assignments around the world.

From the gilded offices of Philadelphia City Hall to the war-torn plains of Somalia to the chaotic streets of the collapse of the Soviet Union – wherever there was action, beauty or human dramas – Ms. Wohlmuth returned photos that readers remember today.

She was part of The Inquirer team that won the Pulitzer Prize in 1980 for its reporting on the Three Mile Island nuclear accident, and its wide range of photos – Holocaust survivors, cowboys in Oklahoma , mobsters on trial, daily life in Philadelphia, the wonders of nature and animals, and other subjects – have earned him the adoring respect of readers and peers, and awards from half a dozen organizations of journalism.

“She knew how to capture a moment,” said former Inquirer photographer Ron Tarver. “Somehow she could infuse into her images things that you can’t teach.”

An Inquirer reader commented in 1983 on a story about the Holocaust, writing, “Sharon Wohlmuth’s photographs tore my soul apart.

In 1976, Ms. Wohlmuth became one of the self-proclaimed famous Photo Girls, four women who were the first female photographers at The Inquirer and Philadelphia Bulletin. Along with Sara Krulwich and Vicki Valerio of The Inquirer and Barbara Pachter of the Bulletin, Ms. Wohlmuth formed a group of pioneers who remained friends and reunited often over the years.

“Sharon had a great talent for capturing moments that most people have never seen,” Valerio said. “His vision was so different and so cerebral. She was a genius at shooting people in ways they or you wouldn’t expect.

In 1994 Ms. Wohlmuth collaborated with writer Carol Saline on a book of photo essays titled sisters which became a surprise bestseller, and she appeared on TV shows and at book signings across the country. She and Saline then co-published mothers and daughters in 1997 and Best friends in 1998, and her photos from the books have been featured in television specials, calendars, and other articles. She went on to publish other books and her photographs have appeared in numerous national publications.

Critic Judy Bass wrote in The Inquirer in 1998 that “Wohlmuth’s casually posed photos really convey the depth of all these relationships.”

Born Sharon Josolowitz on September 25, 1946, in Bristol, Connecticut, Mrs. Wohlmuth was a popular student in high school but uninterested in academics, and a guidance counselor told her she would probably make a good homemaker and mother. . After graduating, she spent time at a junior college, but left after failing to master shorthand to take a job at a travel agency.

She met Ed Wohlmuth at a travel agent convention in Hartford, and they married in 1966. His family owned a travel agency in Philadelphia, so they headed south and lived together until to their divorce in 1974. He died earlier.

Ms. Wohlmuth, whose father was an avid amateur photographer, enrolled at Moore College of Art and Design in 1972 and immersed herself in photography. She had developed such an impressive portfolio just months after graduating that photo editor Gary Haynes offered her a job at The Inquirer.

“She was so excited when she got this job,” said her brother, Gary Joslow. “I think his personality played a big part in that.”

“She wouldn’t be intimidated by anyone,” said Clem Murray, a former Inquirer photographer and editor. “She could express herself in any situation and put people at ease.”

Ms Wohlmuth married publisher, painter and entrepreneur Larry Teacher in 1991, and they lived in Rittenhouse Square until her death in 2014.

In 2012, Mrs. Wohlmuth says ADDitude Magazine that she was diagnosed with attention deficit hyperactivity disorder in 1994. She responded by taking medication and telling others about the condition.

“It gave me a certain spontaneity, a sense of adventure and danger,” she told the magazine. “On my tombstone it will be written: ‘Wait, I’m not ready; I’m still organizing.

“She loved photography and people.”

She taught photojournalism classes at the Philadelphia College of Art, now the University of the Arts, and was known to The Inquirer for having one of the messiest offices in the building. She didn’t like shooting sports, and when she was assigned to a high school basketball game, she captioned an action shot with the phrase, “A man shoots basketball.”

Outside of work, Ms. Wohlmuth enjoyed skiing and relaxing in Key West, Florida, and the Jersey Shore. She cared for her sick mother, loved taking other family members on day trips to New York City, and adored her cats.

“If there was an Inquirer Hall of Fame,” wrote a former staff photographer in a tribute, “Sharon would be a first-ballot, unanimous inductee.”

In addition to her brother, Mrs. Wohlmuth is survived by her sister, Beth, and other relatives.