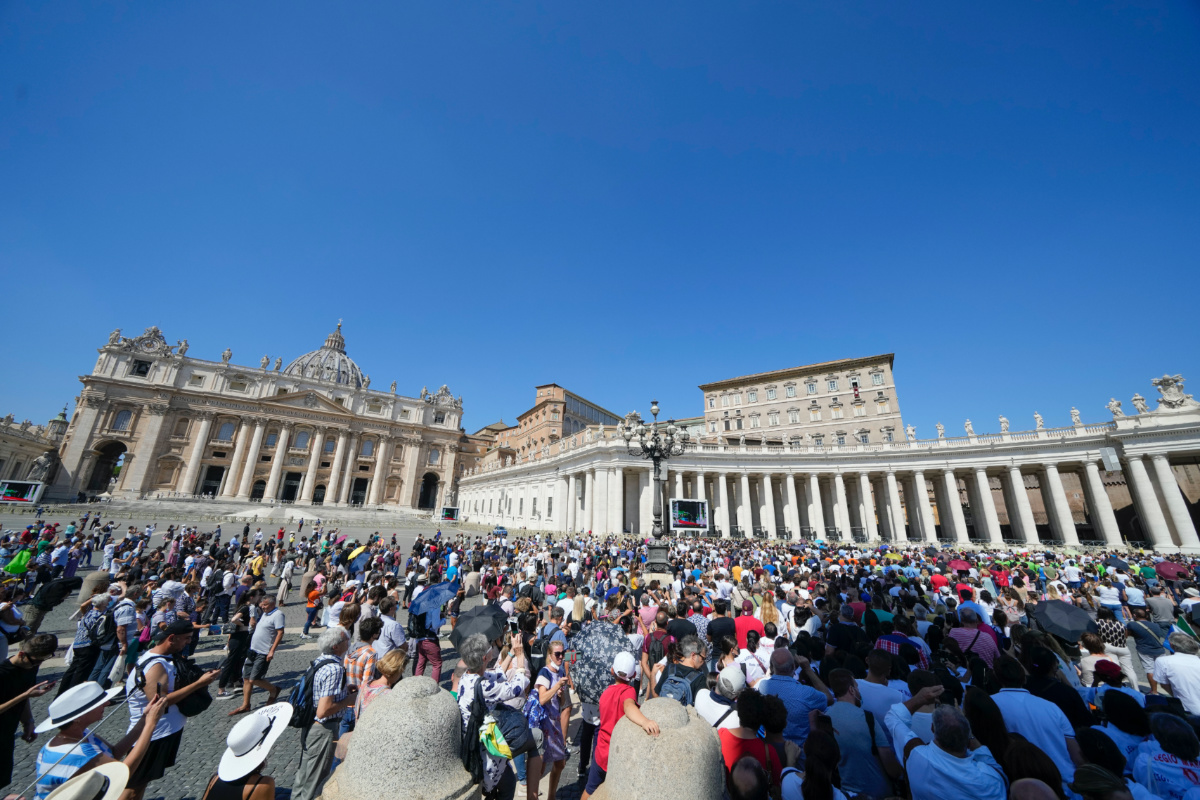 Pope Francis will be embarking on a busy trip to the central European countries of Hungary and Slovakia from September 12 to 15. Despite his recent recovery from surgery, the Pope is likely to tackle burning issues, from immigration to communion and ecumenism.

It will be a “spiritual” visit, Vatican spokesman Matteo Bruni said Thursday during a briefing to Vatican journalists. “The emphasis will be first and foremost the adoration of the Eucharist and the pilgrimage to the Virgin who watched over the sufferings of these persecuted communities.

Hungary and Slovakia both suffered under the communist regime of the Soviet Union and still face economic and social challenges today, made worse by the COVID-19 pandemic.

While the Vatican and local religious authorities wish to keep politics out of the papal visit, Pope Francis’ visit to the heart of Europe makes it “difficult not to talk about the circumstances that involve all of Europe,” said Bruni.

Francis’ first stop will be the Hungarian capital of Budapest, where he will attend and say the closing mass of the 52nd International Eucharistic Congress. The congress is a meeting of lay people and Catholic religious who come together to reflect, discuss and pray on the presence of Christ in the Eucharist.

More than 100,000 people are expected at the papal mass closing the event, said Father Kornél Fábry, secretary general of the congress, addressing reporters.

“It will be the peak of the week,” he said. “We are honored to welcome the Holy Father because since 2000, the popes have not come for the International Eucharistic Congresses.

The congress includes events and workshops aimed at deepening the understanding of the faithful of the Eucharist as well as Eucharistic adoration, where people can pray and meditate on the sacrament of communion. While the workshops touch on a wide range of topics, including its intersection with ecumenism and the concern for creation, some current disputes over communion are conspicuously absent from the agenda.

In the United States, debates over whether Catholic abortion rights politicians, like President Joe Biden, should be banned from receiving the Eucharist have divided bishops and the faithful. While the subject of communion bans will not be discussed at the congress, the issue will likely weigh on the papal visit. 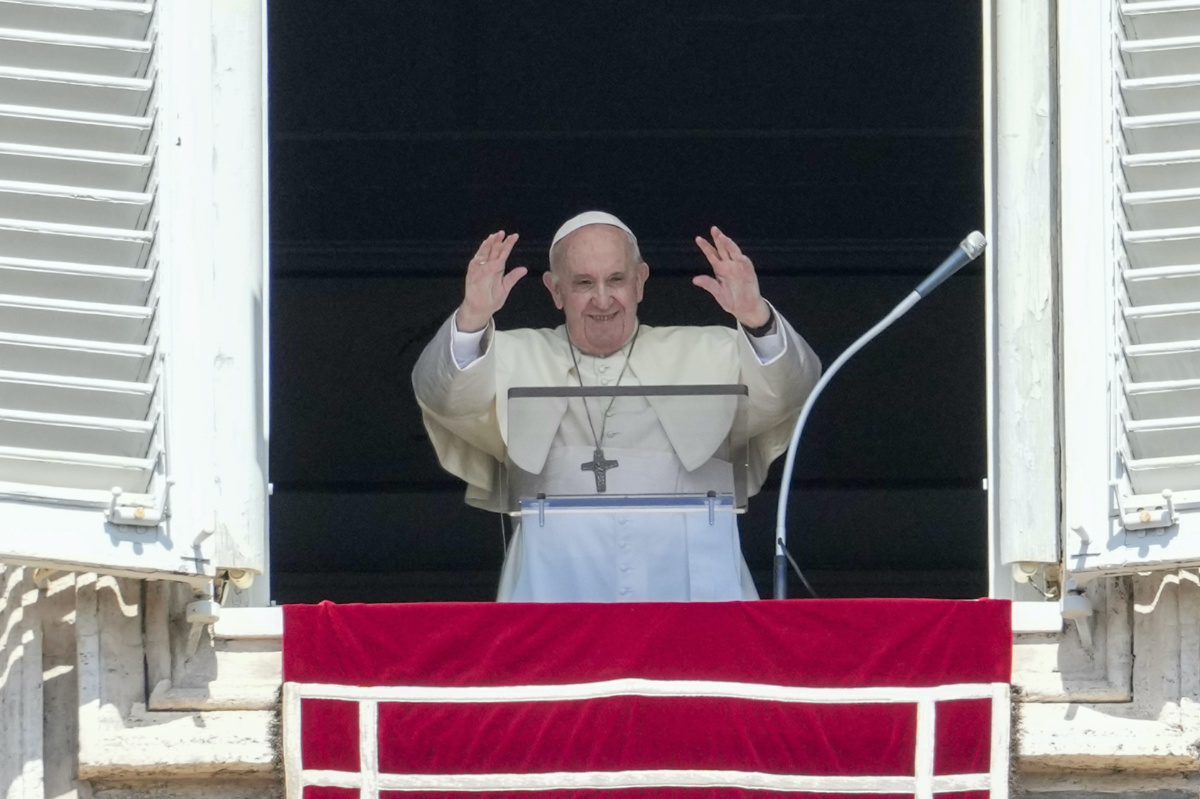 Another underlying issue surrounding the apostolic visit is the brevity of the papal stay, only nine hours, which some Vatican observers say reflects tensions between Pope Francis and Hungarian Prime Minister Victor Orban, especially on issues related to immigration.

“Many have asked, why does the Pope only come for a few hours? Why doesn’t he stay longer? said Fabry. “We had to explain that if I’m invited to a dinner party, I can’t sleep!”

The president of the republic invited the pope to the congress and not to a visit to the country, explained the priest. “Of course, at first many were angry, but I think people understand now,” he said, adding that he hoped the Pope could come for a longer stay in the future.

Orban is a powerful conservative force in Europe, emphasizing traditional family values ​​and defending the Christian identity of Europe. “What [Orban] said, and the majority of Hungarians agree, is that we must not cause problems for Europe but help where there are problems, ”said Fábry, stressing the important financial and humanitarian aid that the Hungarian government has provided to countries in the Middle East and Africa.

While Pope Francis has also pleaded for Western countries to send aid to help individuals in their own countries, his advocacy for the reception and integration of immigrants and refugees clashes with Orban’s vision. of an ethnocentric nation-state.

Francis, 84, is also recovering from an operation that removed part of his colon in July and kept him in hospital for 11 days. Considering the Pope’s age and health concerns, Fábry said the main goal of the congress organizers was to make his stay, although short, as easy and enjoyable as possible.

Francis will land in Budapest at 8:00 a.m. local time, where he will have a brief meeting with Orban, Hungarian President Janos Arder and representatives of the local church. He will deliver a speech to the World Council of Churches and the country’s Jewish community.

“This International Eucharistic Congress will also be a meeting between East and West. Since we are at the center of Europe, this is the optimal place for the Holy Father to meet Orthodox and Catholics, ”said Fábry.

The Ecumenical Patriarch of Constantinople of the Eastern Orthodox Church, Bartholomew I, will likely be present at the papal mass. Orban, who is married to a Catholic, could also be present.

At 2:40 p.m. local time, Pope Francis will leave Bratislava for Slovakia, where he will have a brief meeting with the local authorities followed by an ecumenical meeting and then a gathering with the local Jesuit community. 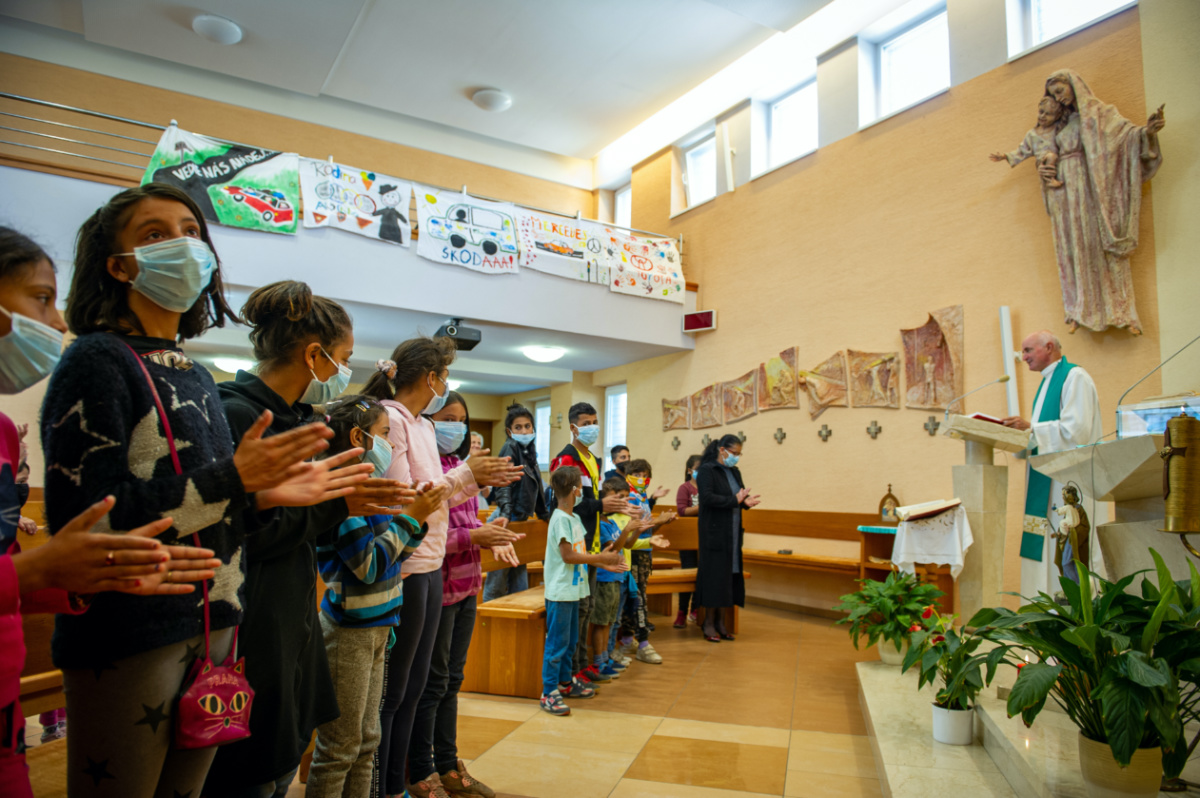 Residents attend a mass inside a church in the Roma settlement in the Lunik IX district of Slovakia’s second largest city, Kosice, on Sunday, September 5. Pope Francis will make his visit to the impoverished Roma community in Slovakia one of the highlights of his pilgrimage to the “heart of Europe”. Francis will be the first pontiff to meet the most socially excluded minority group in this central European country. PHOTO: AP Photo / Peter Lazar.

On Monday, the Pope will hold several meetings with political representatives in Slovakia, including a private meeting with President Zuzana Čaputová. Francis will meet with members of the local Jewish community and hear the testimony of a man who lived under the Nazi regime in the country.

Pope Francis recently drew criticism from Jewish scholars for his comments indicating that the Torah was “obsolete” during its public hearing on August 11. The papal visit to Hungary and Slovakia could be an opportunity for the Pope, who has a keen interest in promoting Judeo-Catholic relations, to remedy the incident.

Francis’ first afternoon in Slovakia will be devoted to the poor and marginalized, two main themes of his pontificate. He should meet the missionaries of charity at the Bethlehem Center, which takes care of the poor and especially the sick living on the outskirts of society. Homeless people who live in the Bethlehem Center will have the opportunity to meet the Pope and receive his blessing.

The second day in Slovakia will start in Košice, the second largest city in the country. After a short stop at the seminary, Pope Francis will visit Lunik IX, the most populous district of Roma. It will be an opportunity for the Pope to listen to the experiences of this often persecuted group. At the large Lokomotiva football stadium in Košice, Francis will address the country’s young people.

The Pope’s last day in Slovakia will be spent at the Sastin National Shrine, a sacred place of pilgrimage for many Catholics. He will pray with the local bishops and say mass in Latin in front of a large crowd, just as his predecessor John Paul II did before him.

After Mass, Pope Francis will return to Rome aboard the papal flight where he will give his usual press conference to Vatican journalists and land in Rome at 3:30 p.m.