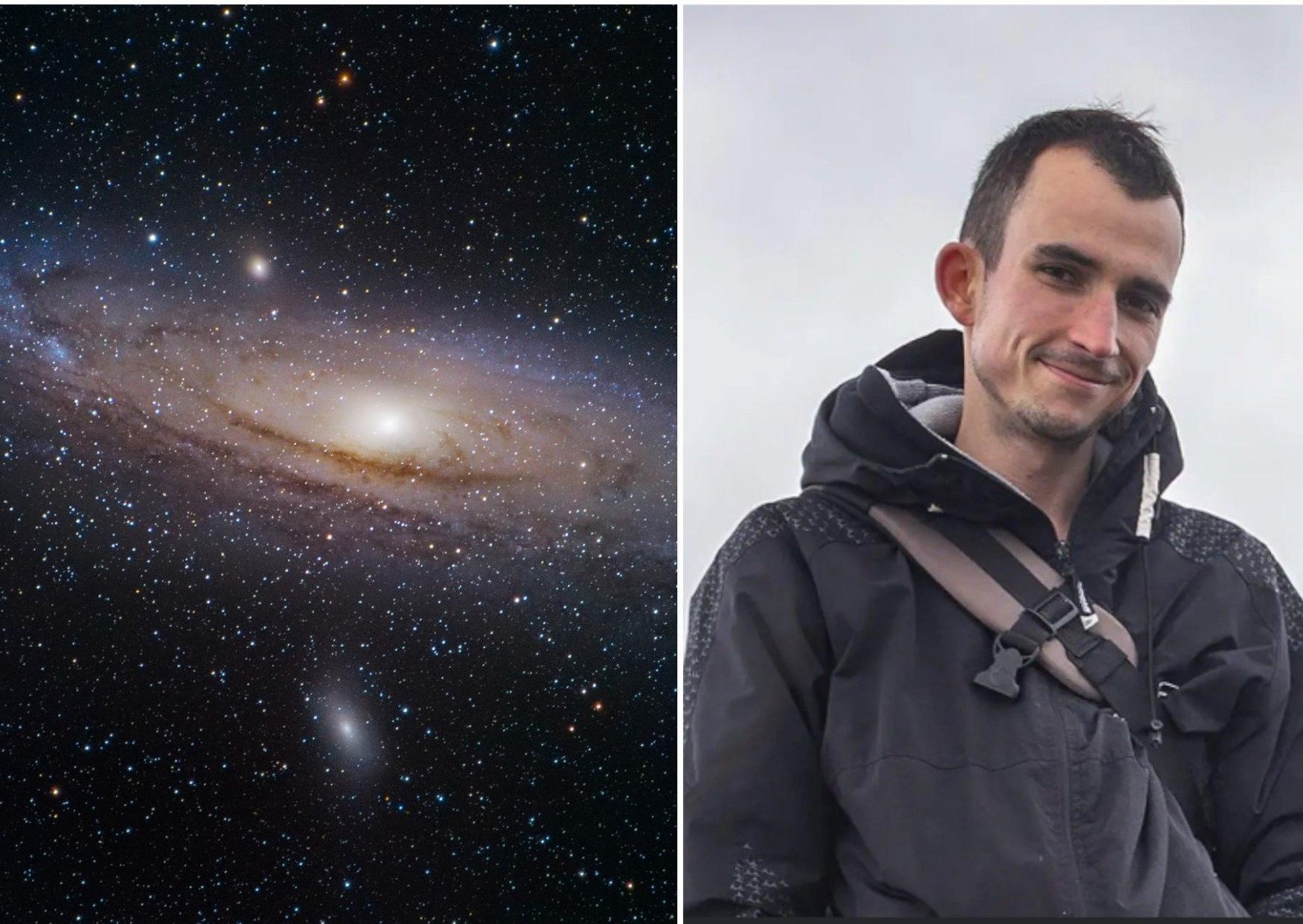 Talented photographer Patryk Sadowski and the scene of Andromeda M-31 he captured.

Patryk is a master of capturing landscapes and the night sky, better known as astrophotography.

In addition to capturing breathtaking photos, Patryk says his greatest achievement in life has been to be a â€œfather, storyteller and guide to lifeâ€ to his daughter. I asked Patryk about his life as a photographer.

â€œI was born in Poland, but for over 10 years I have lived permanently in Northern Ireland,â€ he said.

â€œI have been photographing since 1998, but I got seriously involved in photography in 2005.

â€œEspecially with such beautiful landscapes close at hand.

â€œI have photographed since a child, mainly with disposable analog cameras. However, my father gave me the first “real” camera when I was 14 years old.

â€œIt was a Zenit SLR camera. Then something clicked and I have developed this passion to this day.

In June, two of Patryk’s photographs were shortlisted for a competition called Reach for the Stars. This was an exhibition organized by the Dublin Institute for Advanced Studies. The first image is titled â€œErrigal Nightscapeâ€.

This is a superb photograph captured in Lough Aganive, Co. Donegal. The photograph presents Errigal Mountain as a backdrop. Errigal is 11th among the 100 highest peaks in Ireland.

The second photograph that was selected is an exceptional snapshot of the famous Andromeda galaxy, which is named after the French astronomer Charles Messier who studied the night sky in the 17th century.

â€œI have several projects in the works for next winter,â€ Patryk said.

â€œMainly related to astrophotography. I am also planning a mini-exhibition in the city center. It all depends on how quickly I collect the necessary photographic equipment.

Patryk has many influences in his life, from psychologists to scientists. His message to young photographers is to â€œnever stopâ€.

â€œSome of my influences are Jordan Bernt Peterson, a Canadian professor of psychology and clinical psychologist, primarily through perspectives and a rational view of the world. Also Neil deGrasse Tyson, American astrophysicist and planetologist.

â€œMy favorite shot to date is Dunluce Castle – Magical, Mysterious, Majestic – where for the first time I use several techniques (light painting, stacking and mixing) to create a photograph. I like to photograph anywhere on the coast, but I can find myself practically anywhere.

He has a positive ethic: â€œNever stop. Every day is a school day. Be humble and take criticism as a lesson. Whoever cannot do this stops moving and therefore retreats instead of moving forward.