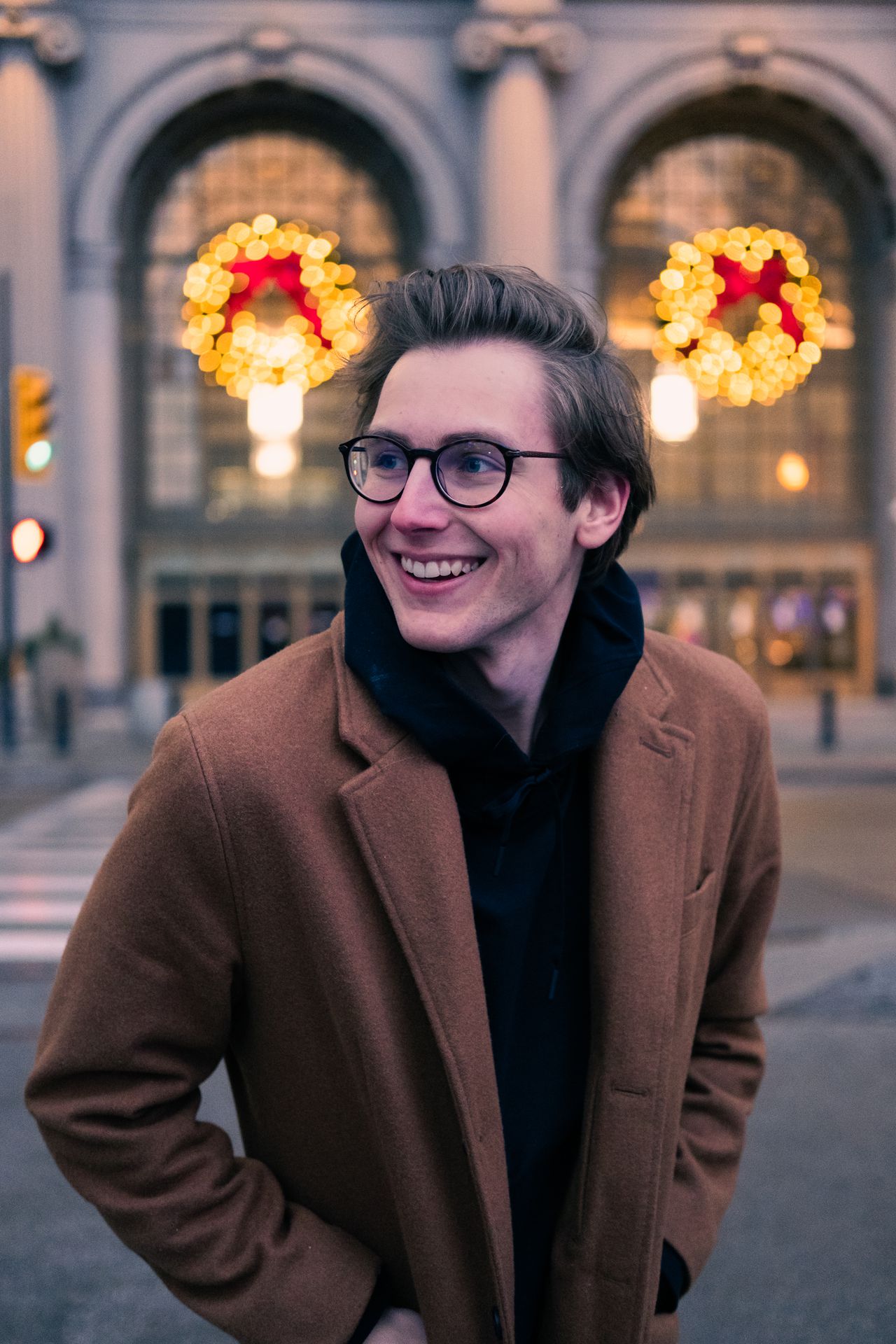 BRUNSWICK, Ohio — Being in the right place at the right time to take a photo is usually left to chance. Gabe Wasylko, however, does not rely on pure chance. He wakes up before dawn to be on the streets of Cleveland, his eyes open for that perfect picture of the day.

After over a year of research, he has an extensive portfolio of almost unbelievable scenes of his favorite city from almost every angle and at every hour of the day. Now he’s taking his talent and turning it into a way to help others.

A graduate of Brunswick High School and the College of Wooster, with degrees in math and political science, Wasylko is already a media veteran.

He was a member of the award-winning BEAT video program starting in sixth grade and later interned for the Akron RubberDucks, before becoming Creative Services Coordinator. He now works as a social media manager for Destination Cleveland.

This work offered the chance to explore the nooks and crannies of the community by meeting people from all walks of life who impact the community, many of them behind the scenes. Many of them need support in their efforts to make Cleveland an even better place, he said.

“So I was talking with some friends and decided it would be cool to host a free charity event that would help these people and organizations.” But he had trouble finding a room that could accommodate 200 or 300 people without breaking the bank.

That’s when he was in the right place at the right time as he spoke with companies about a plan to produce a small tribute photo book in Cleveland.

“One of my contacts with Destination Cleveland happens to be a Brunswick graduate, Cali Parey, who manages Limelight events at Electric Gardens at 425 Literary Road. She suggested using their place. That’s when the idea became reality.

The first Capturing Cleveland Photography charity event will take place from 7-10 p.m. on June 10 at Limelight. He is a night where 15 large-scale Cleveland-themed canvases will be auctioned off to support more than 15 local charities at the Limelight at Electric Gardens venue in Tremont. Everyone in attendance will receive a complimentary signed 8×10 inch Cleveland print as a thank you for their support over the past year.

If you like fantastic photos and want to attend, all you have to do is RSVP. If you are a photographer and would like to donate, or a donor who would like to sponsor a canvas for the effort, go to https://www.gabewasylko.com/cleveland-photo-event-2022.html# and follow the instructions.

Who knows? You might find a view of Cleveland you may never have seen before, as Gabe always has his eyes open and his camera close at hand. You can visit his website at https://www.gabewasylko.com/#/