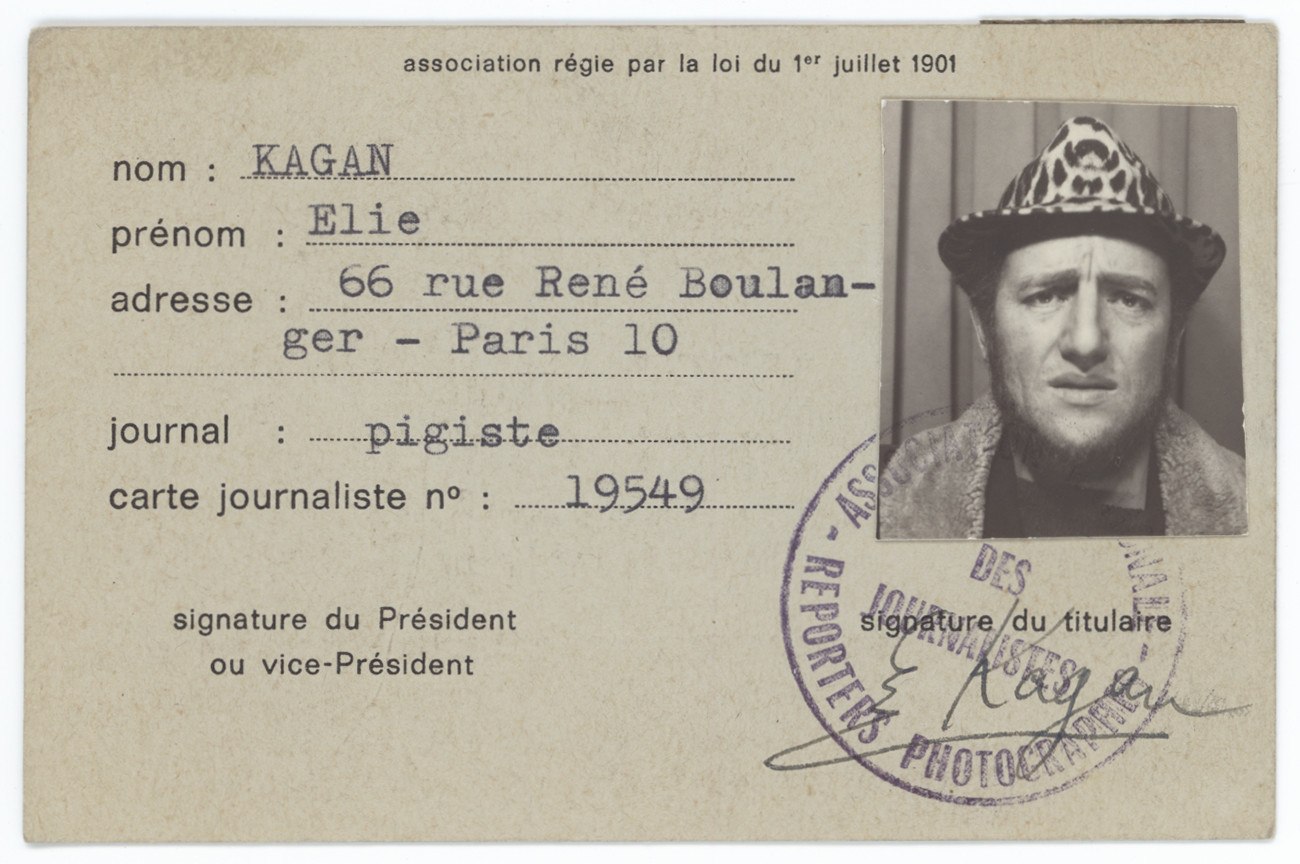 La Contemporaine, a museum, archive center and library, is the only institution in France to collect, preserve and communicate collections on the entire European history of the 20th and 21st centuries.

It was Élie Kagan (1928-1999), a committed photographer and formidable archivist of his time, who was chosen for the inaugural exhibition of the building designed by the Bruno Gaudin studio, inaugurated in the fall at the entrance to the campus. . Paris Nanterre University.

This exhibition is based on more than 200,000 images – negatives, prints, contact sheets and slides -, accompanied by professional archives, entrusted to La contemporaine in 1999 by the photographer‘s family.

Self-taught, passionate about the social and political world, willingly provocative, Elie Kagan photographed on film meetings, demonstrations, cultural events, rallies and political rallies. His production constitutes a historical and visual archive of French political, intellectual and cultural life from the 1960s to the 1990s. A committed photo-reporter, he took part in all the manifestations of an era. He was one of the few to capture in images the police violence perpetrated against Algerians on the night of October 17, 1961.

Expose a press photographer
To exhibit an independent press photographer is to show the daily life of a photoreporter from the 1960s to the 1990s; but also a photographic material marked by its uses and its distribution: magazines, press, newspapers, posters, books and brochures… The course returns to the different interpretations of the work of Elie Kagan by focusing on its reception, the militant production to photographs invested with memory claims. It also reveals an unknown dimension of his work. A witness of his time, Kagan liked to stroll through Paris, whose urban and sociological transformations he captured. It is an existential relationship to photography that is then shown: a way of life, day by day, carried by encounters, hitches or daily surprises…

Professional press photographer
Elie Kagan officially enters the corporation of press photographers with his report of October 17, 1961: these photographs allow him to obtain his press card. [Visual 2] A freelance photographer, he publishes and prints his photographs himself in the laboratory he has set up at home, before approaching press editorial offices to resell them.
She covered political, militant and union activity in Paris and took part in most of the demonstrations and protest movements of the decades 1960-1990. [Visual 20] He worked regularly with Right and freedom, Socialist tribune Where Testimony Christian. [Visual 3] Its collaborations with the militant press and many titles of the traditional generalist press have remained occasional (New Observer, The Express, the World…).
Prints, freelancers, archives and publications shed light on the daily life of the press photography market and its uses in writing – the scoop being an exception. [Visual 31]

“Archival and History Photographer”
The Elie Kagan collection is also known and used by various militant circles because several of his photographs bear traces of engagements and events of which they are sometimes incriminating evidence. They testify to the photographer’s appetite for politics and his attraction to political figures in general. Little diffused in the usual media channels, these images gain in importance over time thanks to the work of militant groups and research: they circulated as memoirs before being invested more widely as sources of history. His images of the repression of the demonstration of Algerians on October 17, 1961 in Paris are the most emblematic example. [Visual 28]
Associations like “In the name of memory” are counting on them to denounce and gain recognition for this state violence. Elie Kagan captured the movements of his time, particularly seduced by the collective and the anonymous crowd he wanted to represent (Women’s Liberation Movement, Homosexual Revolutionary Action Front, etc.).[Visual 14] It follows in 1972 the commitment of famous intellectuals, such as Michel Foucault and Jean-Paul Sartre, in their actions within the GIP (Group of information on prisons). [Visual 8] Later, politically engaged alongside Beate and Serge Klarsfeld, Elie Kagan kept the memory of the actions carried out by the couple. It thus constitutes a visual archive of their commitment while collecting and producing for itself photographic documentation on contemporary anti-Semitism.

Urban walks of a sedentary photographer
The digitization of Elie Kagan’s photographs has revealed a body of images that goes well beyond those circulating in the press.
Independent photoreporter Elie Kagan makes images for a living – part of his production was intended for publication – but other images appear on his rolls, in the middle of the reports. His photography is then more intimate and reveals a more existential relationship to photography: a way of living, day by day, with no other project than to be there, in the pleasure of the immediate, carried by encounters, hitches and daily surprises. [Visual 15] Far from the myth of the great reporter going to combat zones, Elie Kagan was a tireless walker: he wandered around Paris for his pleasure, without trying to respond to an order, radiating from the center of the capital where he lived. [Visual 29]
Abandoning the search for the scoop and the event, he reveals himself as a photographer of the everyday and the ordinary, a witness of his time, attentive to urban and sociological transformations as well as to the anonymous people encountered in the street. These sensitive and more aesthetic photographs echo the artistic inclinations of his early days. [Visual 17]
When the painter Gérard Fromanger appealed to him again in 1971 to help him in his work on the series Boulevard of the Italiansit was about immortalizing on film the most banal street scenes, in search of a non-event.