The “holy grail” of photographs of Fishers Island – FishersIsland.net

Since its founding in 1960, the Henry L. Ferguson Museum (HLFM) has made sustained efforts to collect photographs that document all aspects of the history of Fishers Island. The HLFM collection currently contains over 10,000 photographic and negative prints and thousands more in digital format only. While many historical events and topics are well covered, there are many that remain elusive. Museum director Pierce Rafferty recently revealed the one outlier image that has for years remained at the top of his list of ‘most wanted’ photographs of Fishers Island. But first, the story:

The wreck of the steamboat Atlantic on North Hill, Fishers Island, November 27, 1846.

After sustaining a boiler accident several miles beyond the mouth of New London Harbor, the steamer Atlantic, bound for New York, found herself at the mercy of the elements amid a furious gale. Throughout Thanksgiving Day, November 26, 1846, she dragged her anchors as waves and wind slowly pushed her toward the north shore of Fisher Island. It moved in spurts as its anchors held and then gave way. At 4:30 am on Friday November 27e, the last anchor cables broke and he crashed into the rocks on the north side of North Hill. The latest research shows that 42 people died and 64 survived. (Because the passenger log on board the Atlantic was never completed, the numbers will always remain uncertain.) Another consequence is that the wreckage spurred the construction of a lighthouse on the adjacent North Dumpling which was completed and lit in 1849.

The sinking received extensive coverage in the national press for weeks. The fact that the Atlantic was a new steamboat, and that the slow-moving disaster during and immediately after Thanksgiving, a time of national celebration, heightened the sense of loss. Many poems commemorated the tragedy, including one that school children recited regularly. 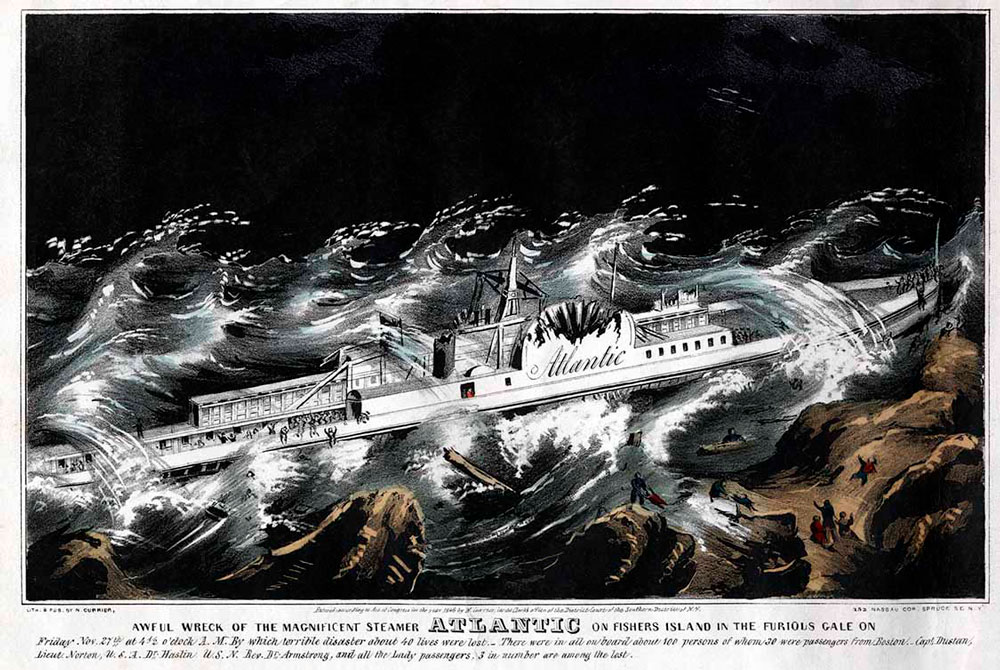 The legendary printmaking company of Nathaniel Currier (later Currier & Ives) published not one, but two popular hand-colored prints depicting the agony of the condemned Atlantic.

Most surprisingly, however, at least one photograph was also taken in 1846 at the scene of the shipwreck on Fishers Island. The fact that this photograph existed was originally discovered because E. Williams Pratt, whose studio was on Bank Street in New London, placed an ad in the New London newspapers that appeared in a search for Fishers Island stories in early American newspapers. In the ad, Pratt promoted his daguerreotype of the wreckage as superior to other interpretations. He boasted that his picture was “taken on Fisher’s Island, the real scene, and not from a painted picture.” It is therefore more precise than any sketch can be. Ironically, the only real evidence that Pratt’s daguerreotype ever existed comes from a sketch made from his original daguerreotype which was published in the New York Herald December 10, 1846. 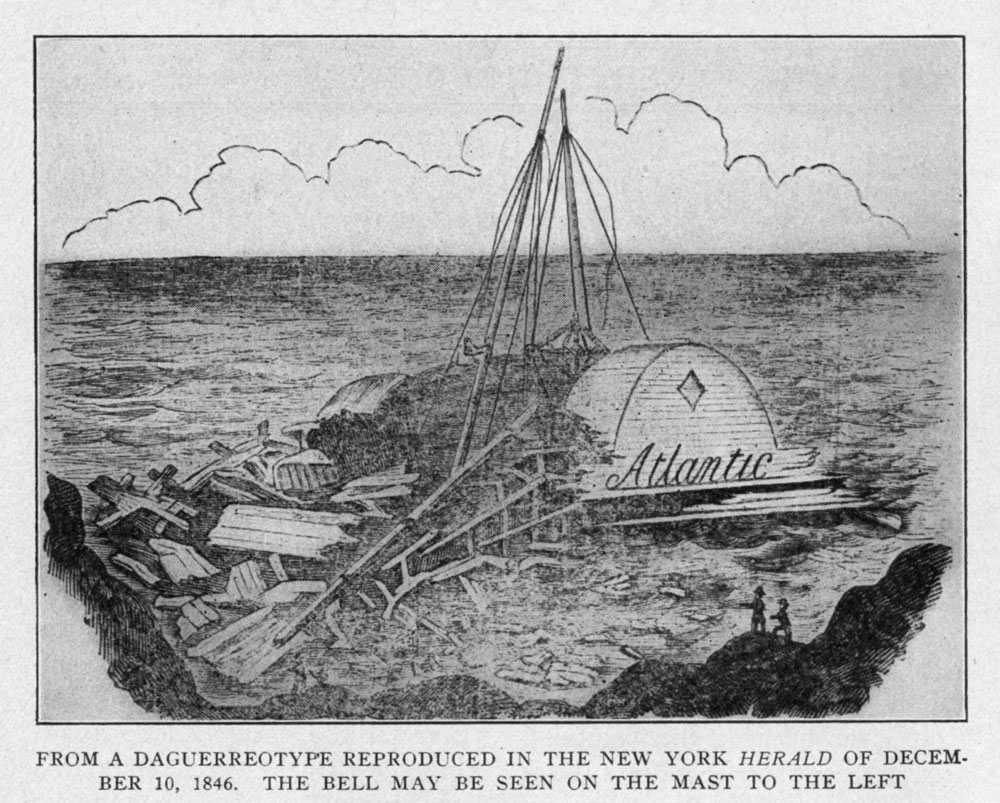 Despite extensive research, no trace of Pratt’s original daguerreotype has ever been found. He has totally disappeared. Hope is eternal that it still exists today, ignored in a private collection, or perhaps as an uncatalogued object in a larger, more public institution. In addition to the historical significance of its subject matter, this image may well have been the first photograph ever taken on Fishers Island. It predates the next known photograph taken here by more than three decades. For these reasons, this long-lost daguerreotype is the “most wanted” of all the thousands of photographs ever taken on Fishers Island that have yet to be discovered. It is, without a doubt, our photographic “holy grail”.