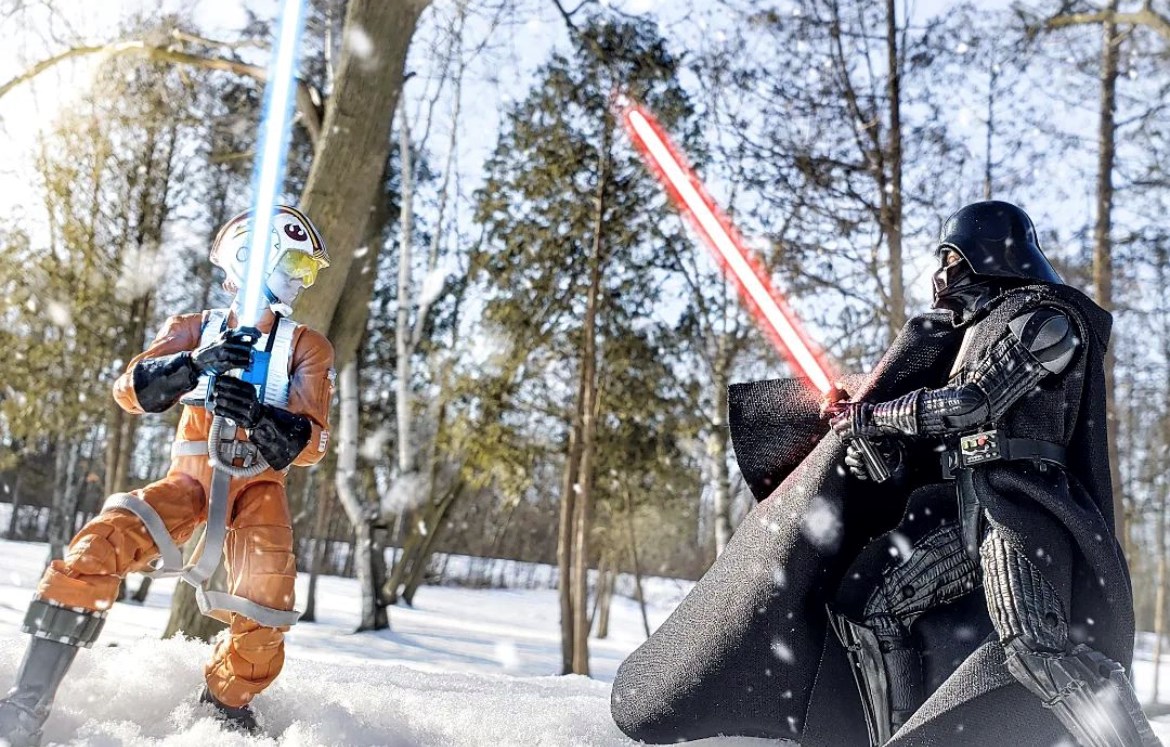 Fortunately, the city is still intact after these fight scenes worthy of a film.

This self-proclaimed “Vancouver nerd who brings his toys on his hikes” takes photos of action figures that look so realistic, it’s almost as if they’re actually in Vancouver. Fortunately, the city is still intact after these incredible fight scenes.

Mickey Condé began his Instagram account as a pandemic hobby after losing his job, and since then he’s brought his collection of nearly 100 action figures to life through movie-worthy photos that mix the action with Vancouver’s scenery.

“I’ve always been a bit of a toy lover. I’m a big nerd about Marvel, Star Wars and so on. So I just brought [an action figure] walking. I propped it up, took a picture, and then it all went from there,” says Conde.

A few months after opening the account, Condé found a new job but decided to continue his hobby. “I’ve found [it] do not [only] be a lot of fun, but [also recognized] how having a stimulating new hobby is so good for the mind and soul, especially during a very strange time.

Although the results require you to do a double take, taking these photos in public can get a bit awkward, according to Conde. “I get a lot of stares and I’ve become very aware that I look like a guy in his twenties playing with his toys in public,” he says. “But this hobby taught me how much happier we are if we just are who we are and don’t try to worry about what other people think of us.”

To his own surprise, Condé has also sold a few prints and is receiving messages from people around the world telling him how his account has inspired their own hobbies.

Condé shares that Vancouver “definitely [has] lots of nerds,” from people who congregate at Comic-Con to cosplayers to those who, like him, collect action figures. “There is definitely a community,” he adds.