Through the lens: the life of a football photographer 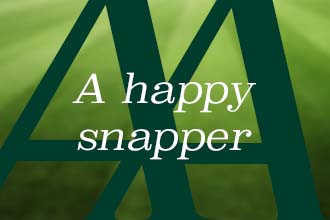 Fans who can’t watch their team in person rely on others to report on the thrills and excesses of a match day. A stunning photograph, taken at the edge of the pitch, can go far beyond words to show us the true human side of football.

Robbie Barratt is one of the best at showing the excitement and action of a game. As a professional football photographer for AMA Sports Photo Agency, Barratt has covered games from around the world.

Since 2017, he has gone from filming league matches to World Cup and Champions League finals. His work has given football fans photographs of the most iconic matches of recent years.

The 27-year-old’s passion for photography was shared by his grandfather, who he remembers taking photos and videos of him and his sister while growing up in Halifax. It’s pretty hard to imagine a younger Barratt these days, given his strong beard and long brown hair tied back that sets him apart when he’s out on the pitch on game day. Son of a foreman in a construction company and of a mother, former school cook, he is proud of his roots.

“I come from a very normal and humble family background really, my dad worked really hard to get to where he is now,” says Barratt. It’s a kind of humility he shares when he talks about how he came to have what his friends call the best job in the world.

The road that led Barratt to football photography began at Brooksbank Sixth Form. He chose to focus on a career in the arts rather than journalism. As a talented English student with a passion for football and music, it wasn’t until he saw photography being offered at his school that he had the opportunity to express his interest in a new way other than writing.

“Back then, the school I was in only had one camera in the art department because it wasn’t really a big deal,” he says. Yet when that one camera was distributed, “something started” for him. From that moment on, Barratt got hooked. This prompted him and a good friend to enroll in a college photography class.

This young photographer started to gain experience by taking pictures of his friends who were in groups and making music. But if music was a big passion, it wasn’t quite football.

His first opportunity to photograph professional football came with the Huddersfield Examiner. Under the mentorship of Huddersfield Town photographer John Early, Barratt was commissioned to photograph his childhood club. John trusted him to cover matches and offered advice that stuck with him throughout his career.

During his time here he was able to form friendships with the players from Huddersfield Town who enjoyed the photos he took of them.

“I had a good relationship with Sean Scannell and Adam Hammill when they were at the club,” Barratt told The Set Pieces. “They were always interested and keen to get images for their social networks.”

Before joining WADA four years ago, Robbie spent his last season with the Huddersfield Examiner covering Town’s rise to the Premier League. Their last game was the Terriers Championship playoff final, which they won on penalties against Reading in 2017.

It was a game that will live in the memory of Huddersfield Town fans for a lifetime. As Barratt watched center-half Christopher Schindler score the winning penalty through his lens, he described it as the “most emotional moment” of his career as a photographer to date. “I was crying, taking pictures with tears streaming down my face… I couldn’t even see through my camera,” he recalls.

Following the exciting end of his time at Huddersfield, Barratt first covered the Premier League in the 2017/18 season. The biggest difference? The trip. As a relatively novice driver, he found himself more cautious about which exit to take on the freeway rather than which frame he should use later in the day.

Its shots are typically used online, often found in newspapers, blogs, and football reports when live shots are needed for their sites. Sometimes his work is used in print form for newspapers, magazines, and even national and global billboards. With that in mind, he tries to prepare for match days as best he can to ensure his production is up to his standards.

“I put my cameras and laptop in my wheeled bag and usually make it to the stadium three or four hours before kick-off,” he explains. “It usually depends on the parking lot, some clubs where we have parking and others not.

“Then I would pick up my photo accreditation, then I would go to the press room to see colleagues and have lunch.

“Following that I sometimes go out and do some preview images, it provides construction coverage for social media channels and other websites. It is then time to go to the sidelines and get ready for the game.

When teams cross the white line, he always focuses on the game in front of him.

“During the game, I could have a live editor,” Barratt continues. “That means I can send images straight from my camera to someone sitting at home and they can send images all over the world to me in an instant.

“Otherwise I have to send them myself via laptop, which means I could then miss shots and start losing some focus on the game. When the match is over I usually take my time to leave. fans scatter a bit and upload a few more images before packing up. Then it’s back to the car and back home before starting all over the next day.

Despite the demanding nature of his job, part of his role is to connect with the players like he did with Scannell and Hammill at Huddersfield. A friend he has made since covering the Premier League is England international Conor Coady.

“At AMA we were club photographers in Wolves and he always questioned my Yorkshire accent, wondering what I was doing there,” laughs Barratt. “He was playing for Huddersfield around the same time as Sean and Adam [Scannell and Hammill]. He’s a high-level guy and he’s always up for a chat.

The 2018 World Cup in Russia and Euro 2020 were Barratt’s first two majors. Russia stood out for him, especially for the trips he and his colleague had to make between matches.

“Night trains, flights for an hour, taxis for an hour … your brain turns to ‘I have to be here at this hour, bring this taxi here to get to this time’ and your photograph becomes second nature. “

For a photographer covering a tournament, taking pictures of each team is essential. When you can’t cover teams outside of Europe during the season, the World Cup offers a chance to take photos of the teams and their fans for the first time.

“You like to shoot the big stars – Messi, Ronaldo, Mbappe – when they are on the big stage to which they belong, it added a little spice to that,” he beams.

From highs to lows, football tournaments are a thrill for everyone and photographers are no exception, especially in England’s most heartbreaking moments.

“I was so depressed full-time, waiting for Southgate to come out after the game fell apart on camera,” Barratt recalls.

His despair didn’t last long, however, as his realization that he would be photographing a World Cup final quickly comforted him.

During the final between France and Croatia, Robbie explained that once he got onto the pitch, he only focused on filming the most important game of his career. Through the rain that fell on the Luzhniki Stadium in Moscow, he set about documenting this prestigious match – wanting to capture the moment so he could remember the photos and why he took which he took as he took. did it.

Since becoming a professional photographer, Barratt has enjoyed covering some of the most important football games in the world. And when the pandemic struck, he was able to continue giving fans their fix of football photographs from behind closed doors games as the country came to a halt.

When discussing the filming of Premier League games during the pandemic, Barratt points to the noise – or lack of – as the most obvious difference.

“You knew this stuff [on the pitch] continued, but you never heard it right, ”he says. “Like players arguing with the referee for example, or [Virgil] Van Dijk leads people and educates.

It was not all positive, however. “During Covid you could hear a pin fly, it was awful… you could hear people moving things in the stands behind you or a flight attendant closing a door at the other end of the pitch,” he recalls.

Once the crowds returned to the stadiums, like many others in the football media, Barratt felt relief to see them return. He admitted that their reactions to moments in the game really give photographers an extra boost to focus and capture what’s going on in front of them.

Through the lens: the life of a football photographer