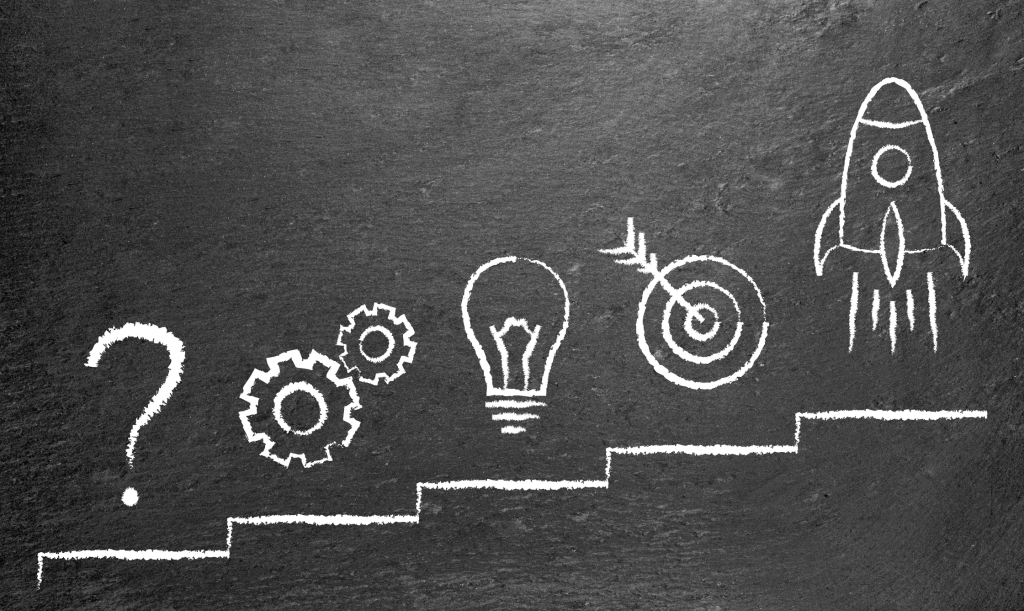 Three startups backed by the University of Chicago’s Polsky Center for Entrepreneurship and Innovation – NowPow, Pyxis, and Explorer Surgical – announced their release in just two months. Start-up exits mark a new critical phase for a business, usually through an initial public offering (IPO) of shares, a merger or acquisition, where early investors see a return on their money. .

“This series of outings signals to the world the extraordinary work being done at the Polsky Center to move groundbreaking work from the bench to the bedside – for the benefit of humanity,” said Jay Schrankler, associate vice president and director of the Polsky Center.

In September, NowPow was acquired by Unite Us, the country’s leading tech company connecting health and social care services. In early October, Pyxis Oncology announced the price of its initial public offering – the process by which owners of a business sell part of the business to public investors – at $ 168 million. Also in October, Explorer Surgical announced its acquisition by Global Healthcare Exchange (GHX).

Each of these UCicago spinoffs is based on faculty intellectual property that has been commercialized with assistance from the Polsky Center.

Founder and Chief Innovation Officer Stacy Lindau and CEO Rachel Kohler. (Photograph by Lucy Hewett for the Booth School of Business at the University of Chicago)

NowPow is a leading platform connecting people to essential health resources. The company was one of the first companies to incubate in the 34,000 square foot incubation space of the Polsky Center, the Polsky Exchange. He was co-founded by Stacy Lindau, MD, MAPP ’02, Catherine Lindsay Dobson Professor of Obstetrics and Gynecology, Professor of Medicine-Geriatrics at the University of Chicago, and Rachel Kohler, MBA ’89, longtime executive and family kitchen manager and tub maker, Kohler Co.; director of his own social impact investment firm, KoHop Ventures; and a UChicago administrator.

The Chicago-based company, combined with Unite Us, will create the nation’s leading integrated health and social care network. â€œWe both hope this success signals to fellow entrepreneurs on the faculty that relocating your company headquarters to South Chicago is a path to success, and we hope more will follow,â€ he said. Lindau said, speaking of the acquisition.

Pyxis was founded around a novel tumor biology based on the work of Thomas Gajewski, AB ’84, PhD ’89, MD ’91, Professor of Cancer Immunotherapy in Pathology at the AbbVie Foundation, Professor in the Ben May Department of Research on cancer and professor of medicine at the University of Chicago.

Gajewski, who oversees Pyxis’ scientific advisory board, noted that leveraging this interaction between academia and industry has led to an acceleration in the pace of â€œdiscovery to the patientâ€ over the past five to 10 years. â€œIt’s good for all of us as humans and citizens of the world,â€ said Gajewski, â€œand it’s fun to be in the middle of it all.â€

The preclinical oncology company is focused on developing an arsenal of next-generation therapies to target hard-to-treat cancers and improve patients’ quality of life – and the OPN brings it one step closer to testing its core clinical candidates, Gajewski said.

Explorer Surgical was founded in 2015 by Jennifer Fried, Chicago Booth School of Business alumnus, MBA ’15, and former University of Chicago faculty member Dr. Alex Langerman. Fried took the company through the Polsky Center’s national ranking accelerator, the Edward L. Kaplan, ’71, New Venture Challenge in 2015 and was the first company to receive a $ 500,000 investment from the UChicago Startup program. Investment, a $ 25 million investment fund created by the University in 2016 to co-invest in promising startups launched by UCicago alumni, students, faculty and staff.

â€œThere is no better place to start and build a business than at the University of Chicago,â€ said Fried. â€œThe University’s interdisciplinary approach to innovation is the only reason Explorer exists today. The University has supported us every step of the way, from our initial research funding to direct investments in each funding round. “

Through the acquisition of GHX, Explorer aims to help the healthcare ecosystem scale faster, function smarter, and achieve better results.

Launched in 1996, the New Venture Challenge is recognized as one of the top ranked acceleration programs in the country.

A history of business creation

The Polsky Center has a long history of helping students and alumni turn their ideas into high-growth businesses and, more recently, helping faculty take their discoveries beyond campus for the benefit of humanity. .

One of the most powerful resources for students and former entrepreneurs has been the Polsky Center’s Edward L. Kaplan, ’71, New Venture Challenge program, which is recognized today alongside Y Combinator, Techstars, AngelPad and others as one of the best acceleration programs in the United States Over 500 companies that have raised over $ 1.2 billion in funding and $ 8.9 billion in exits have been launched and supported with success by the Polsky Center through the program.

The latest round of releases in just two months seems to indicate a new inflection point for the Polsky Center and its supported startups. Over the past decade, the Polsky Center has seen more than 20 University of Chicago startup releases, including:

The types of companies listed are varied, demonstrating the breadth and depth of expertise in the field of the Polsky Center’s 60-person team. The Polsky Center team is made up of former Fortune 500 executives and employees, entrepreneurs and investors, as well as scientists and technologists with deep subject matter expertise. This strong talent pool, along with a global network of former investors, business leaders and entrepreneurs, creates a wealth of resources to support the University’s faculty, students and former entrepreneurs in their work. to turn their ideas into impact.

â€œWhen professors and students come up with ideas that will help millions of people, the University must ensure that those ideas reach society,â€ said Juan de Pablo, vice president of national laboratories, science strategy, of innovation and global initiatives at the University. from Chicago. â€œThe fact that these companies are worth millions of dollars serves to underline that they have developed solutions that people care about. It also serves as a reminder that markets value the efforts of these researchers. “

â€œAs startups are acquired or have an IPO, it’s inspiring to know that the work continues to serve an even larger population that needs new solutions, medical treatments and other innovations that change the way we live. We are incredibly proud of all of our faculty and students, and the time they devote to making the world a better place, â€said Schrankler.