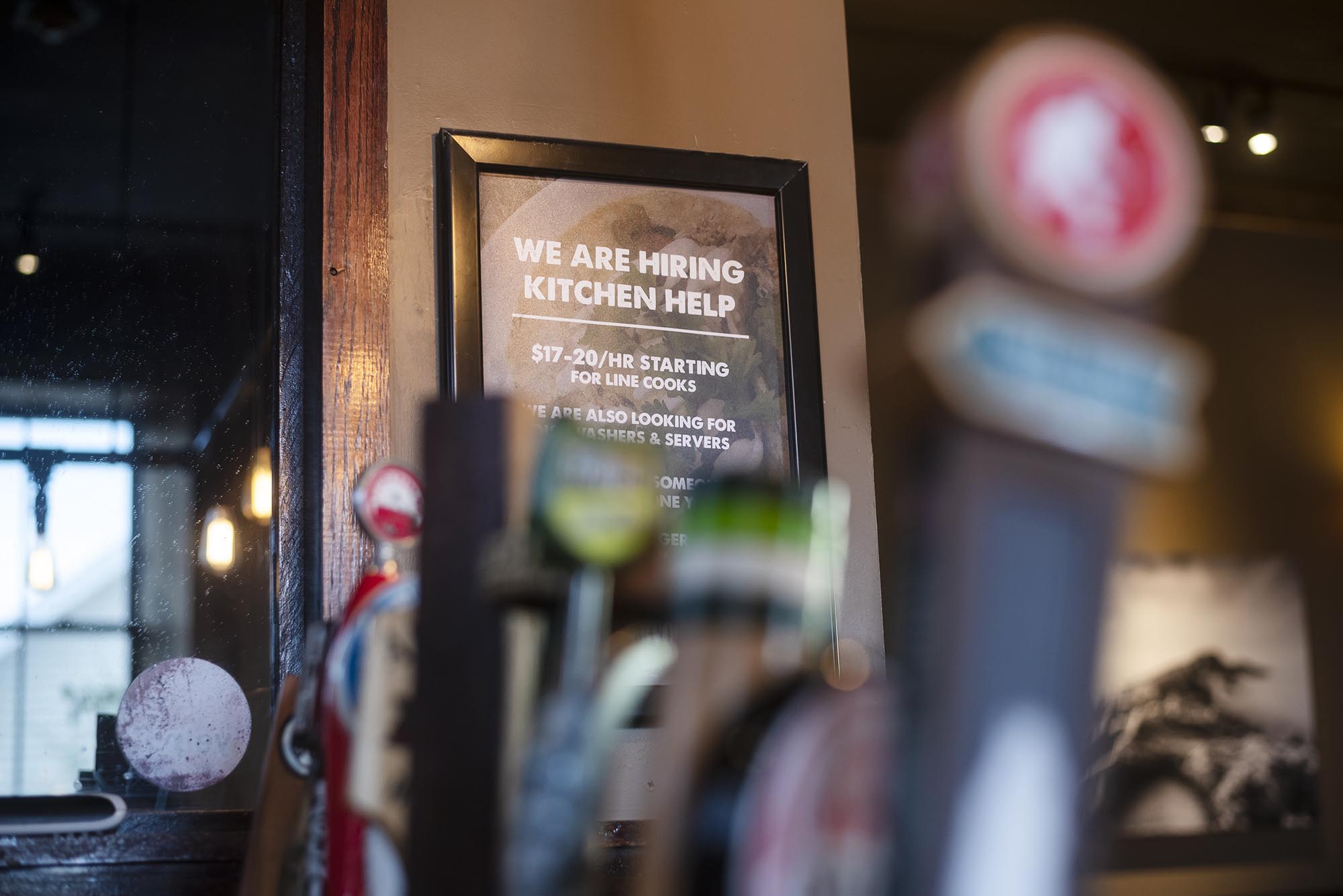 Mark Frier owns two restaurants: The Reservoir in Waterbury and The Bench in Stowe.

But sometimes, he says, he feels like he’s in the auto business.

He said he probably bought five cars in the past two years to help employees get to work because they couldn’t find accommodation near work.

“Even finding apartments is next to impossible in Stowe now,” Frier said, amid the pressure on the real estate market from people coming from out of state. “With the pandemic, there are a bunch of people who have moved to Stowe from the big cities and can work from home.”

“A lot of my employees don’t live in town anymore,” Frier said. “They commute on the darkest, toughest nights to drive down the road and get to work or home safely.”

In order to live somewhere affordable, Frier said, The Bench employees drive from as far away as Burlington, 35 miles away.

As the cost of used cars skyrocketed, some employees weren’t able to buy one when their car broke down or they got into an accident, so Frier said he loaned some money to employees to buy a car or bought cars for them if they would commit to working for the restaurants for a period of time.

Unaffordable housing close to work and lack of transportation are just two pressures the pandemic has exacerbated as restaurants scramble to attract and keep workers.

Another is that employees expect better pay and working conditions.

At Honey Road in Burlington, all employees earn between $25 and $30 an hour, even during the slowest times, owner Cara Tobin said. Indeed, in October, when it reopened, the restaurant switched to sharing tips among all employees.

Frier said it was difficult to find people to work, especially in the kitchen, despite higher salaries. He said he was hiring kitchen staff for $15 an hour before the pandemic. Now, he says, it’s $19 or $20 for someone with no experience.

Frier said the pandemic has caused him to offer more flexible hours to new hires.

“If you want to work one day a week for four hours and it works for what we need, we’ll take you for a day,” Frier said.

Randy George, owner of Red Hen Baking – a casual cafe and bakery in Middlesex – found another way to be flexible to employee concerns: he remodeled.

He said he punched a hole in the wall and started ordering takeout. Last summer, with the illusion that the pandemic was over, he reopened the cafe, but when the Delta variant and colder weather arrived, he rented an adjacent space just for customers to sit at. tables without being in the same room as the employees.

George said the provision and requirement that workers and customers wear masks attract potential employees, who feel safer working at Red Hen than they might at other restaurants.

“It’s clear to people who work here that they won’t be in a high exposure situation,” George said.

“As everyone has seen at the grocery store, we’re seeing increases on everything we buy, especially protein,” meaning meat and seafood, Frier said.

Take chicken wings. Historically, Frier said, he’s paid $40 to $50 for a case of chicken wings, with the price reaching $90 or $100 around the Super Bowl.

“And we were always freaking out, but you know, it would come back,” Fried recalled.

Frier said he raised prices due to rising food costs, “but we’re very conscious of the consumer and don’t try to price a menu that’s a big shock to customers. “.

“I would say the last two months have felt like the hardest and scariest part of the pandemic,” said Tobin, of Honey Road. “For restaurants, it’s like rebuilding on the ashes right now and it’s intense.”

Frier said when the Omicron wave started he was rushing for rapid Covid tests to test all staff whether they had symptoms or not. He closed The Reservoir for Christmas week.

“The restaurant industry, including mine, is at a critical point when it comes to being able to continue to be profitable and survive,” Frier said. “There are a lot of things working against us right now.”

Tobin closed just after Christmas and didn’t reopen until Tuesday. Part of this time of closure was planned, and part was due to her and her staff not feeling comfortable reopening as Omicron reached the ridge.

“We knew that if we opened and we had Covid cases among staff, we would close,” Tobin said.

The feds help a lifeline

Tobin said she’s been able to pay her staff all the time, thanks to a grant she received last year from the Restaurant Revitalization Fund. But she can’t stand this if she’s forced to shut down once again.

“It always feels like the money is running out and we really need this pandemic to be over and the restaurant to be busy again,” Tobin said.

Amy Spear, vice president of tourism at the Vermont Chamber of Commerce, said only about 30% of restaurants that applied for funds from the Federal Restaurant Revitalization Fund last year received the money.

The National Restaurant Association estimates that the fund saved more than 3,000 Vermont restaurant jobs and that replenishing it would save an additional 4,000 jobs.

The same survey, conducted Jan. 6-18, found that in previous weeks, due to the Omicron wave, 56% of restaurants in Vermont had closed on days they would normally be open.

Tobin said Omicron has made winter — normally not a good time for restaurants in Burlington — particularly difficult.

Want to stay up to date with the latest business news? Sign up here to receive a weekly email on all of VTDigger’s reports on local businesses and economic trends. And check out our new Businesses section here.