What Formula 1 Drivers See You Don’t 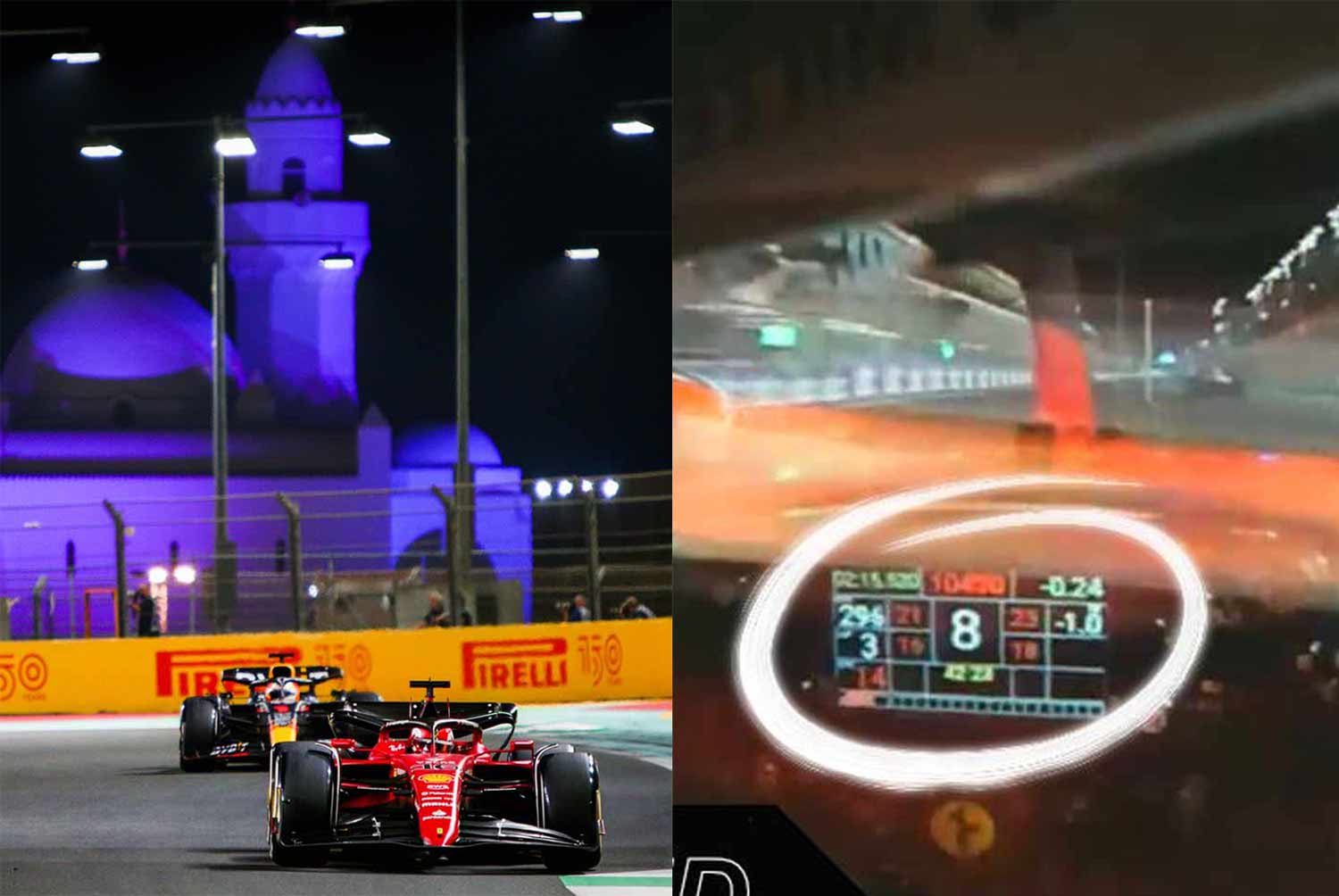 While Formula 1 drivers’ workouts and cat-like reflexes are streamed on Instagram like no one’s business – and their rivalries endlessly dissected on Netflix’s Drive To Survive – there’s plenty of Formula 1 action that we viewers don’t see.

What Formula 1 drivers see during a qualifying lap, for example, is relatively unknown. Or at least for us it was, until our ignorance was rectified by a recent Reddit thread in the r/F1Technical community (and Twitter).

The photo poster, r/DrivenByData_ also claimed: “As drivers prepare to open a lap during practice and qualifying, they are asked, usually on the final corner, to select PSH MODE, in giving them the described disposition for the duration of the next turn.

“The display mode is set using the centermost rotary knob on the steering wheel,” they wrote, “where the 6 o’clock position (Ferrari horse rotated 180°) indicates PSH MODE while 12 o’clock is the RACE MODE, usually selected just as the driver lines up in his grid before the start of the race.

r/DrivenByData_ then qualified its statements and chart by saying “this information is not officially confirmed, it is inferred from in-car footage and visor camera”.

“As such, there may be inaccuracies in the information displayed.”

Other Reddit users have explained why some pilots’ dashes are easier to spy on than others. One wrote: “I know RBR uses a polarized screen to prevent cameras from picking this up; maybe Ferrari should, at least with the charge indicator.

“Or maybe the teams can see the GPS/mini-sector data and figure it out anyway so they don’t really care.”

r/DrivenByData_ replied: “Is this [sic] is surprisingly easy to see, even with the conventional T-cam camera angle and now with the visor-cam it’s hard to miss.

“One wonders why Ferrari hasn’t done more to conceal it, especially now that the visor-cam has made it so easy to see, but I suspect it’s just very difficult to conceal it effectively while still allowing the driver to quickly and easily pick up information in the extremely violent environment that is an F1 car,” r/DrivenByData_ added.

“So even if you give information to your competitors, the alternative of your driver not being able to easily access the information would be even worse for performance in the grand scheme of things.”

“Anyway, some other teams, maybe not up to Ferrari, but still, make an equally small effort to hide the SOC on their ERS unit (McLaren, Alpine come to mind). ”

Another Reddit user said F1’s graphics were so bad this year that they looked “at the wheel to see how well (or badly) a driver was doing during that particular lap” during boardings.

“Especially with Ferrari, it’s so clear to see,” added the same user.

On Twitter, where r/DrivenByData also shared the graph, others wondered how drivers could process such complex information while driving at top speeds.

This. I find it funny how often people berate “slow” F1 drivers: just being able to drive these cars to the limit while using all that information to maintain situational awareness makes them almost superhuman to me.

Another proof of the talent of these pilots.

Did you enjoy this story?

If so, subscribe to our daily newsletter to receive our top stories.