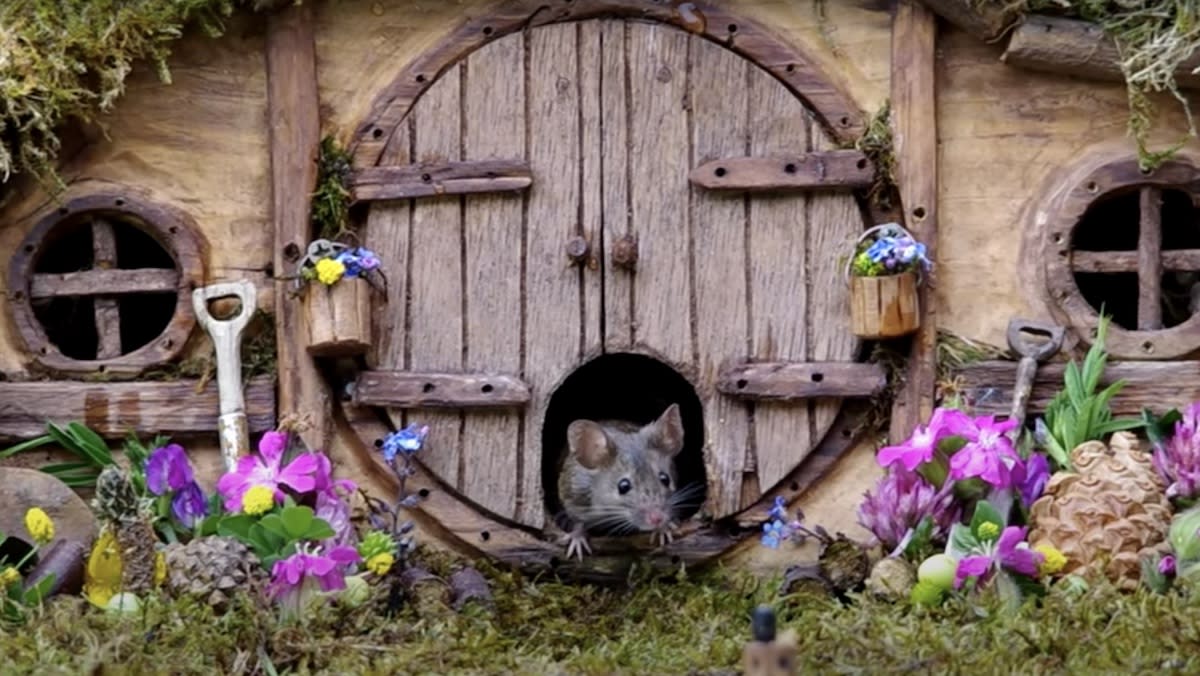 I’m not much of a fan of unwanted mice trying to make my house their home. But when they are pets or when they live outdoors, they are adorable. So I’m a big fan of the house a talented wildlife photographer made for the family of mice living in his backyard. He built his own Hobbit Shire replica for his little neighbors from The Lord of the Rings.

Simon Dell from the UK has added a little whimsy to his garden, and a lot of cute. He created a miniature Hobbit world (which we first saw in Laughing squid) for the little creatures that reside there. Hobbit houses are beautiful in themselves. But without mice, they wouldn’t even be houses, just models. It wouldn’t be that much fun. It also wouldn’t make great wildlife shots. Fortunately, he was able to sell the family of mice on this house. Dell explained how he encouraged mice to move in on the YouTube channel he created for Mouse Daddy:

â€œSimon built a house for the little mice made out of old fruits, vegetables and accessories from his house and the results are all too adorable. To get the eye-catching images he wanted, Simon created little houses for the two mice he named George and Mildred and for their little baby, Mini. He managed to attract them with nuts and berries which he kindly left for the tiny mice. He picked nuts and berries on his walk in a nature reserve near his home in Sheffield.

I can honestly say that I already love George, Mildred and Mini. (If you like them too, you can get impressions of them alive in Mouse Shire on Dell’s Redbubble page.) However, I’m not sure I want them to move in with me.

Not for normal reasons, however. There’s no way I can build them a miniature house as well.

The Photographer: Murder in Pinamar on Netflix: May 19 release, time and what is it?